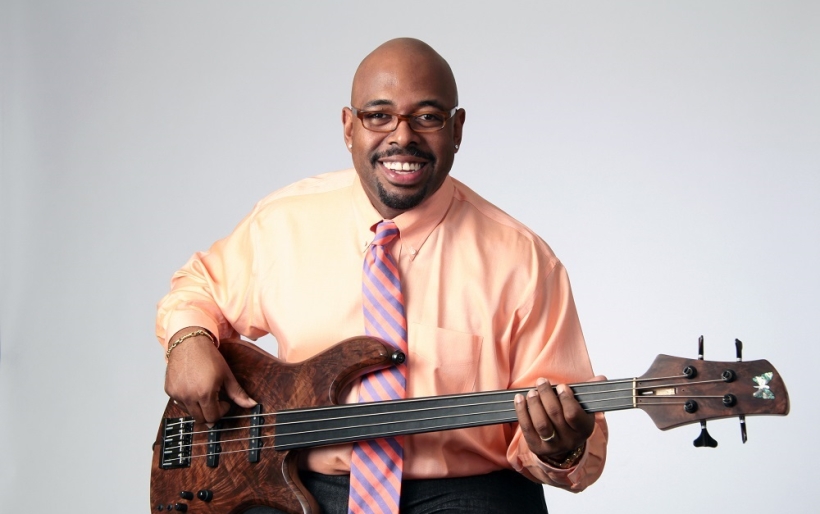 DJ Brother Mister is McBride’s DJ alter ego, spinning classic funk, soul, and R&B, and playing his bass along to various tracks. It’s sort of the equivalent of Questlove’s DJ sets if he was drumming along to some classic funky drummer breaks (which he once did, by the way). As astute as McBride is with the jazz tradition, he’s equally as knowledgeable with the funk, and the event is guaranteed to be one fantastic, booty-shaking affair.

McBride is a four time Grammy Award winner, and he’s collaborated with a who’s-who of jazz over the years. He was in an acclaimed trio with Questlove and keyboardist Uri Caine for The Philadelphia Experiment, and a graduate of the Julliard School of Music. In addition to leading four bands, he’s an advocate for jazz and educator, and he’s currently the host of NPR’s Jazz Night In America.

McBride is playing Saturday, November 21st at the Kimmel Center in a special show, The Movement Revisited, a mix of jazz and spoken word lauding four key figures of the Civil Rights Movement: Rev. Dr. Martin Luther King, Malcolm X, Rosa Parks, and Muhammad Ali. The Movement Revisited blends a five-part suite for an 18-piece big jazz band, singers from the Philadelphia Heritage Chorale led by music director J. Donald Dumpson, and narrators, to tell the story of the fight for civil rights.

Below, listen to Christian with his Big Band play “Brother Mister.”