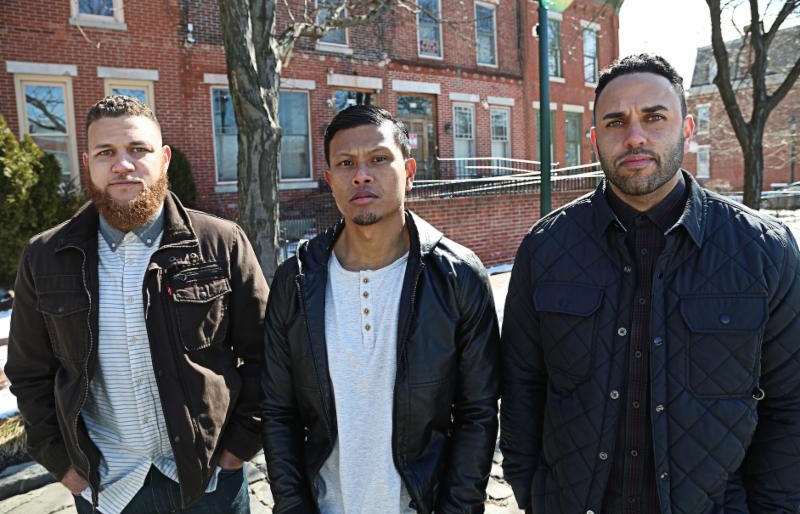 South Jersey six-piece JuTaun have had an interesting journey over the years. What began as a vocal R&B project in 1999 founded by brothers Jake and James Evans and Samoeun Cheng has since flowered into a full-fledged rock band. The group members quit their day jobs in 2003 to dedicate themselves to music, and it shows. Their newest video for the track “Let It Die” is an incredibly tight live performance that showcases the group’s virtuosity.

The live video for “Let It Die” is actually a completely different arrangement than the single for the same song that they released about a month ago. Whereas the album version begins with the bristling, aggressive cry of an electric guitar, the video kicks off with a totally mellow, jazzy bass line. This sets the tone for the rest of the track, which has hints of Oasis to it and is much more tame and pretty than its predecessor. The new “Let It Die” may lack the turbocharged energy of the album version, but this is quickly made up for by its sultry vocal harmonies and Jimmy Faber’s cascading guitar solos.

Despite being a bit out of their comfort zone, JuTuan pull off this jazzy, gospel country vibe well. Bassist Carter Fox noted the excitement of creating a totally new arrangement, writing to The Key in an email:

“What inspired the new arrangement was just our want/need to continue to push ourselves creatively… There’s something inspiring on its own about doing something a new way for the first time and allowing it to take shape right before your eyes.”

JuTuan is set to release a new EP in early 2016, so you’ll definitely want to keep your eyes peeled for that. Until then, check out the video for “Let It Die” below.