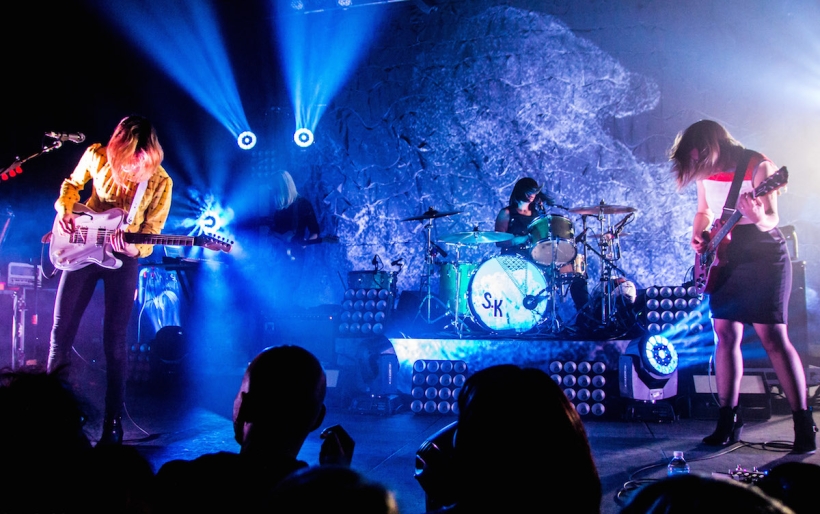 Year-End Mania is the Key’s annual survey of the things below the surface that made 2015 incredible. Today, Key photographer Chris SIkich recaps his five favorite concert photos of the year.

From the first notes of “Price Tag” from their masterful 2015 No Cities to Love to the electrifying finish of “Dig Me Out,” Sleater-Kinney proved once and for all that they are the current greatest rock band on the planet. Carrie Brownstein shredded and pivoted on more axes than humanly possible while Corin Tucker was the electrifying counterpoint and complement. And all the while they were directed by drumming mastermind Janet Weiss. The sheer power of their live music rattled me for days, even weeks afterwards. The classic garage rockers toured behind their first album in nearly 50 years, This is the Sonics, and produced one of the most fun and engaging nights of rock in some time.  With such irresistible rock nuggets like “Strychnine,” “The Witch” and a cover of “Louie Louie” filling the venue, the tightknit band showed that time does not destroy such raw rock talent as found in The Sonics. The headliners of this early May show may have been Those Darlins, but opener Adia Victoria stole the show. Coming at the ears with a voice that cozies up to the ears with sweetness but sink in for a bite of her feminist smoky blues rock, Victoria and her EP Sea of Sand were a live knockout. Her 2016 debut full length is my most awaited release of the new year. Vita and the Woolf and Hop Along, XPoNential Music Festival, July 25

It is impossible to not separate the bands behind the one-two punch to begin the Saturday events of XPoNential. Both from Philly, they are singular acts that represent some of the best live music of 2015. With two one-of-a-kind front women — Vita’s Jennifer Pague and Hop’s Frances Quinlan — to hear their voices echo through the outdoors on a glorious afternoon was pure musical heaven. Every time I see Vita and the Woolf the sound blossoms new depths unheard before and on this day it was no different. And to hear Quinlan’s once-in-a-millennium voice near the Delaware and imagine it travelling to distant and new lands by water and air sent shivers down my spine. May both bands return to the festival with headline status someday soon. Vita and the Woolf | Photo by Chris Sikich | sikichphotography.com

Sometimes shows bring more to the eyes and ears than could ever be imagined. EL VY’s appearance at Union Transfer did just that. With a dizzying backlight display that often left Matt Berninger and Brent Knopf in half-darkness, their odd pop confections were already a rare treat. But then Berninger upped the ante by breaking the fourth wall. He not only posed for pictures with photographers among the crowd, but he lunged at us as well and, even more incredibly took our equipment to do with as he pleased. To admire art is one thing; to be forcefully part of it is another. But it made for a shockingly good show for anytime of the year.