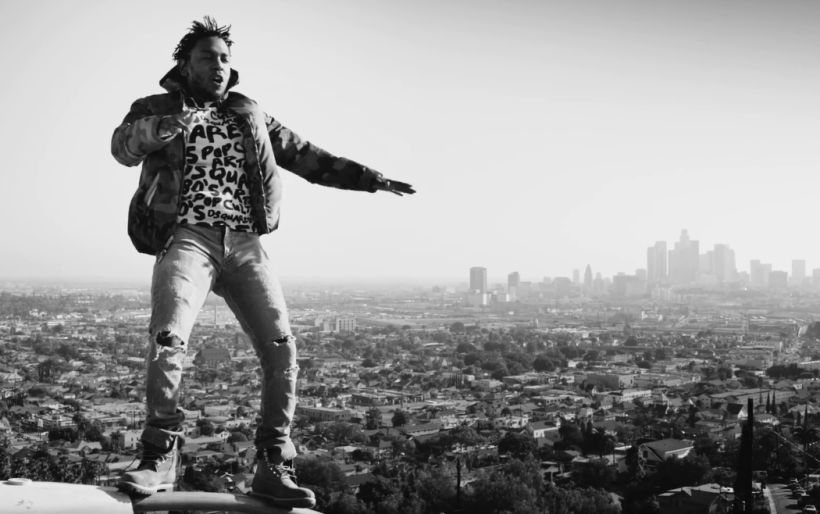 Kendrick Lamar in the “Alright” video

Year-End Mania is the Key’s annual survey of the things below the surface that made 2015 incredible. Today, Key contributor Maureen Walsh shares the year’s most life-affirming songs.

2015 has been the year of battling injustices, terrorism, and Trump.  Sometimes you need someone to sing you a song that will get you through the insanity.  Luckily, a group of artists delivered.

The unofficial anthem of the #BlackLivesMatter movement, “Alright” played throughout the summer by DJs between sets at shows eliciting smiles and sing-a-longs every time. I think my favorite “Alright,” moment of 2015 came when, halfway through Lamar’s Troc show, the power went out. If this happened at any other show, there would be boo’s and complaining. Instead a fan began chanting “we gonna be alright, we gonna be alright” and the whole room chimed in. When the power came back on and Lamar returned to the stage, he was clearly moved.

Robyn released the Love Is Free EP as a tribute to her late friend and collaborator, Christian Falk. The song evokes 90’s house music and its positive vibes.  Once you hear the first “boom chicka boom” you’ll be moving.

Blur’s 2015 release The Magic Whip served as a travelogue of the band’s time in Hong Kong. The country’s students have been staging protests and sit-in’s in the name of democracy since last year.  Albarn acknowledges this turmoil in “Ong Ong,” but focuses on the beauty of Hong Kong and the need to be with the ones you love when things get gloomy.

“We Got It” by The Wiz Live Cast

For those who haven’t seen The Wiz Live, you are missing a heartfelt and fun production of a Broadway classic. Not only did Ne-Yo bring dabbing to living rooms across America during the live broadcast, he also wrote this uplifting new song for the production. Lyrics like “We ain’t gonna give up on this now, we refuse to turn around. This won’t be easy, no way no how, but we won’t back down” and their subtext was not lost on viewers and was a great anthem for the times.

A song about a guy that everyone thinks is trying to commit suicide but really he likes sitting up on rooftops to people watch. Not only is it a rockin’ number but the concern of everyone in the song telling the protagonist he has his whole life ahead of him is a reality check.