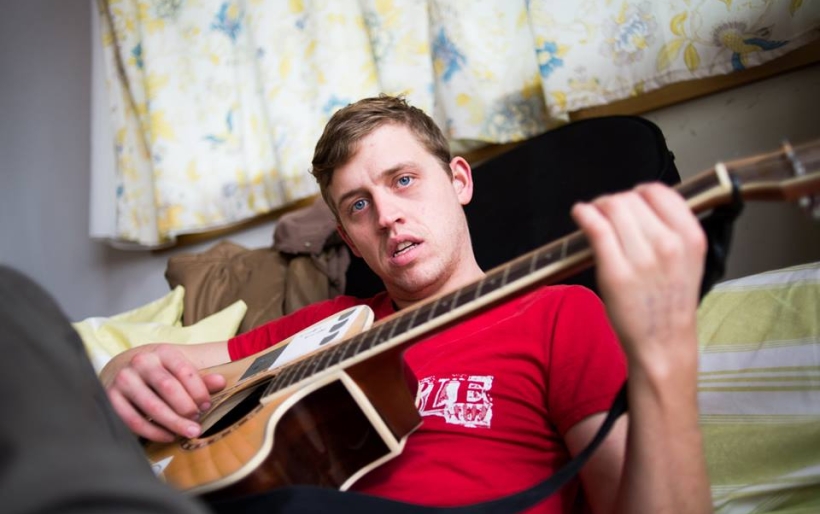 Curtis Cooper is a born-and-raised Philadelphian with a love for Elliott Smith and Against Me! and an insightful outlook on his world. Those things come together on Cooper’s debut solo record Laughing in Line, self-released this week.

Though this marks the first release under his own name, Cooper has been part of the local rotation for the last few years with punk trio Community Service. Those roots are evident at times on Laughing, but there’s a continental quality to the songs that give this record deeper layers both lyrically and instrumentally. It’s the kind of recording you can play a few times over and hear new accents and quirks each time.

Standout tracks include “The Effect,” “Four Minutes,” and the spaghetti-westernized “Today LA,” while Ganou’s Morgane Fouse puts in a passionate performance on “Happy and Sane.”

Listen to Laughing in Line below. Curtis is down south for a two week tour with Abi Reimold right now, but stay tuned for local shows when he returns.