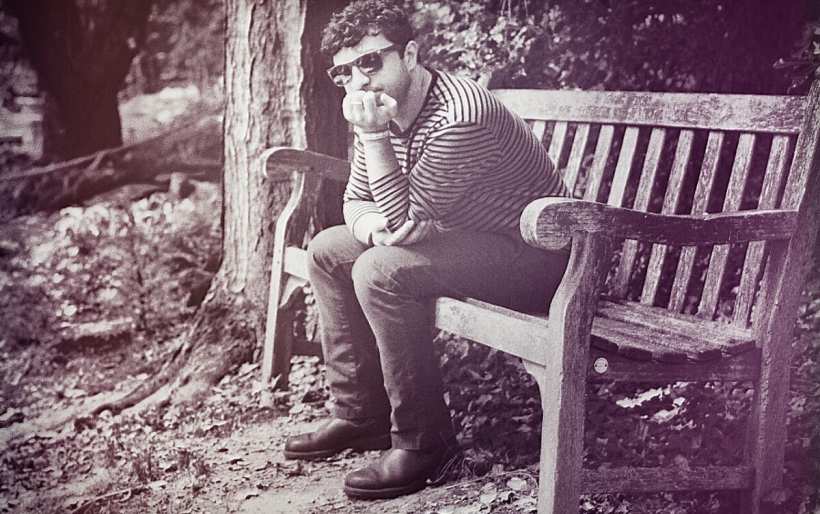 Alex Yaker has kept busy. Busy playing in bands like Summer Fiction, Grammar Debate and, most recently, Honeychurch. So busy, in fact, that his own material makes only sporadic appearances. But it’s a treat when we get glimpses of his indie pop / bossa nova project Roomtone, and today is one of those days. “Dark Blue Ink” is the first single from a forthcoming Roomtone album, following up 2012’s Turkish Saddle full-length.

“Dark Blue Ink” is side A of a two-track single release, picking up from Turkish Saddle where songs like “Bargain Bin” left off. Yaker sidles up to a loping Americana sound with pedal steel guitar and a loose, reedy arrangement, stepping away from his bossa nova signatures for three minutes but keeping a jazzy swing to the beat.

In the past it’s been suggested that Yaker gets inspiration from old 60s pop LPs and movie soundtracks; the latter could be true for “Dark Blue Ink,” as it’s reminiscent of the work Badly Drawn Boy did for About a Boy. It’s cinematic in an understated, vignette kind of way.

Listen to the premiere of “Dark Blue Ink” below and stay tuned for more from Roomtone.