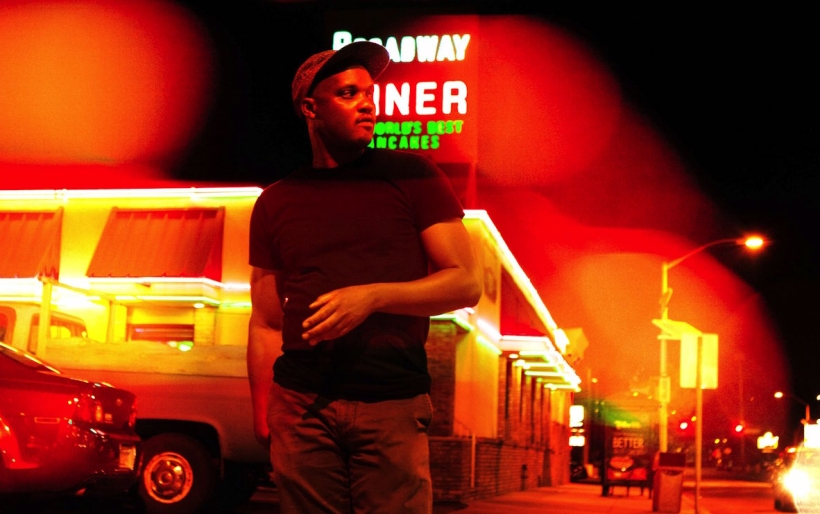 Back in the fall, Philly soundscaper Son Little (offstage name: Aaron Livingston) released an excellent self-titled debut LP and trekked up to the CMJ Music Festival with his band to perform a set at the NPR Music Showcase. This week, video of that set came out, and in it you see Livingston and the crew in top form.

As NPR’s Pitor Orlov describes it:

Playing in what amounted to a blues-rock trio alongside bassist Stephen Greenberg and drummer Jesse Maynard, Son Little pulled at his music and reduced it to its stripped-down core. Gone were the ornamental studio textures; in their place remained something simultaneously ancient and modern, beyond simple genre or emotional qualifications. Yet it’s quintessentially American, the kind of sound that takes a thousand and one overnights to develop.

Watch video of the performance below, via NPR Music. Son Little is out on a match-made-in-heaven tour with Leon Bridges this winter, and it swings through The Fillmore on Sunday, March 6th. Tickets are available now, more information can be found at the XPN Concert Calendar. Son Little is also one of the judges on the panel of this year’s NPR Music Tiny Desk Contest, which is taking submissions now.