PREMIERE: Cherry steps out with Gloom EP and a hypnotic "Alligators" video - WXPN 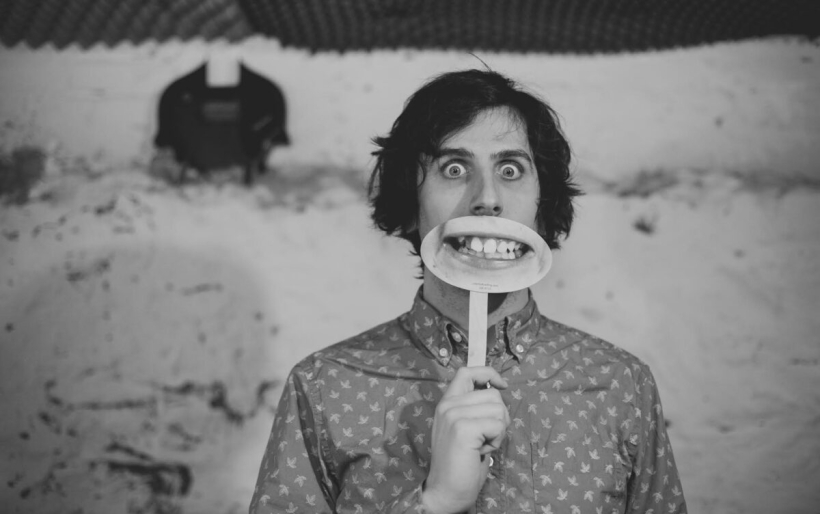 Cherry | Photo courtesy of the artist

PREMIERE: Cherry steps out with Gloom EP and a hypnotic “Alligators” video

Russell Edling was still writing new songs as his old band wound its career down.

The former singer and guitarist of Philly-via-Scranton punk outfit Kite Party (which called it a day in 2014, following the release of Come On Wandering) knew that the music he had in mind was going to be for a different project altogether. And he knew that – with no previous solo outings behind him – he could take that music in any direction he wanted.

Over the past few months, Edling has quietly debuted his new band Cherry with a handful of gigs, including one during the Lame-O Records Rock Residency at Boot and Saddle. Today, he announced that the band’s debut EP Gloom would be released as a 7″ via Lame-O on February 19th.

In a way, the new music sounds like Edling and it doesn’t sound like Edling. It’s undeniably brighter and poppier than his old band ever was, with moments recalling Clap Your Hands Say Yeah (the askew and singalongable”Golden Luv”), Beat Happening (the quirky wind-up pop song “Special Baby”) and Teenage Fanclub (the fuzzed-out anthem “Alligators”).

But Cherry also remains rooted in Edling’s wry and observant songwriting style – which makes sense, since they started in the same fashion as his Kite Party songs: just him and a guitar. What makes Cherry different, Edling explains, is that he didn’t want the songs to be overworked.

“Plus, I’m a graphic designer,” he adds. “I’m in front of a computer every day all day. It felt very appropriate not to do this on a computer.”

Adding to his keep-it-simple outlook was his process: Gloom was home recorded with Edling playing most of the instruments (original Kite Party drummer Pete Knepper tracked beats over the holidays). Original sessions on a computer were scrapped in favor of an eight-track tape machine and, unlike a lot of artists who wax rhapsodic about analog over digital, Edling can give you a concrete explanation why he preferred it.

“I got used to being able to do whatever,” he says “‘Oh, we should add all this stuff!’ You can really quickly and easily get far away from what you’re really thinking of when you’re working on a computer. You can do anything. I felt comforted in looking at a tape machine and saying ‘okay, there’s only one more track, I gotta figure out what I wanted to do in this very limited environment.'”

Cherry’s sound is incredibly indie rock, though Edling’s listening habits during writing and recording dug further back – thanks to Angel Olsen’s Burn Your Fire For No Witness.

“That album knocked me over,” he says. “I listened to it and heard Nancy Sinatra, Leonard Cohen, and all this great aesthetic coming together in one place. It really had an influence on me, and I really got enamored by this weird psychedelic country. It made me want to put vibrato on everything.”

Along with the new EP announcement comes a frenetic music video for “Alligator” by local filmmaker Craig Scheihing – read more about him in our profile feature here – who set the five-minute song to fast cuts of dancing lights intercut with images of Edling’s friends and fellow musicians in a fast-paced collage. At one point we see Cleo Tucker and Harmony Tividad of Girlpool sitting on a lawn; at another, Tim Jordan of Kite Party is on a swing.

“I feel like everyone I know is in that video,” says Edling. “It’s amazing. I really wanted Craig to include that shot of Tim. It was just a piece of film Craig had and something about that shot is so cool, he looks so seductive and strange.”

Edling says the concept for the video was birthed out of conversations about perception – of a person’s image, and how that image can become their obsession. From there Scheihing had free reign, and the result is a reflective montage that frizzles about the circuits of memory.

“I think Craig would do whatever; if I had a really specific idea, he would have made it happen, but I have so much respect for him as an artist,” Edling explains. “I wanted it to be a conversation. I’m a designer, and a lot of time I’ll be working with a client, and it’s like ‘I’ll Photoshop this if you want me to.’ But I wanted to make sure Craig was doing some thing that felt meaningful to him too.”

Watch the “Alligator” video above, pick up Gloomhere, via Lame-O Records’ Bandcamp, and be on the lookout for a debut LP this fall.