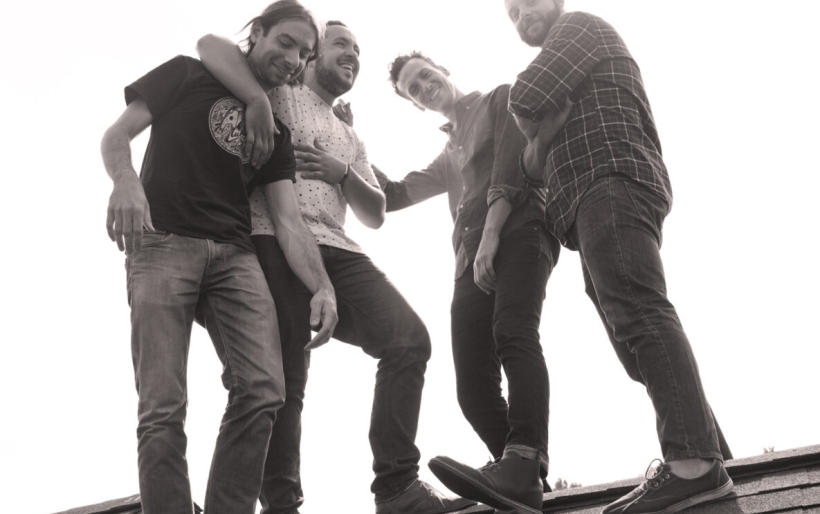 Mock Suns | photo by Chelsea Schryver | courtesy of the artist

There’s nothing more rock & roll then sneaking out of the house when you’re 12. But it’s slightly funnier when you’re a bit older.

Philadelphia indie rockers Mock Suns have released a music video for their single, “Nothing Good Comes About Being Out At This Hour”. The song, which will be on their new album Stay True, brings together the sweet pairing of melancholy piano chords and sunny guitars before bursting out into a old-school psychedelic expanse.

The video for “Nothing Good Comes About Being Out At This Hour” shows the band of brothers as they go on a midnight mission across town while indulging on the various temptations of adolescence. From cigarettes to Penthouse, nothing is off the table (of their tree-house) for Mock Suns as long as their babysitter doesn’t wake up.

The song also includes a Electric Light Orchestra-esque coda, robot-voice vocoder and all, which adds a nice ending to the journey taken not just throughout the song, but also the video as well.

Stay True will be Mock Suns’ second album, after 2012’s Here Nor There. They also released a double EP in 2014 titled Santander/All That I Knew. These releases, along with previous Stay True single “Friday Night”, can be found on their Bandcamp.

Stay True is out on 3/8 on Good Behavior.