Rootsy Philly rocker Reed Kendall and his cohorts in Up The Chain spent the past several month on the road, and as we see in their new music video for “Sidecar,” they made maximum use of their time.

When I interviewed Kendall last fall for our premiere of the song, he told me their plans for this video: in each town they visit, they’d set up a camera on a tripod, measure 30 feet out from the lens, set up the trip the same distance and in the same configuration each time, and film them playing the song.

What results is a rapid-fire, quick-cut video that sees the band zooming from Knoxville to North Carolina to New Orleans, across the pond to Pontresina, Zurich and Bern (all in Switzerland) and any number of places in between. The result is a lively and super fun travelogue to a lively and super fun song that will appear on Up The Chain’s The Prison Break, which receives an independent release on March 11th.

With the album comes a winter tour and a record release gig at Johnny Brenda’s the day the album drops; tickets and more information can be found at the XPN Concert Calendar.  Below, watch the “Sidecar” video and check out tour dates as well as the album art. 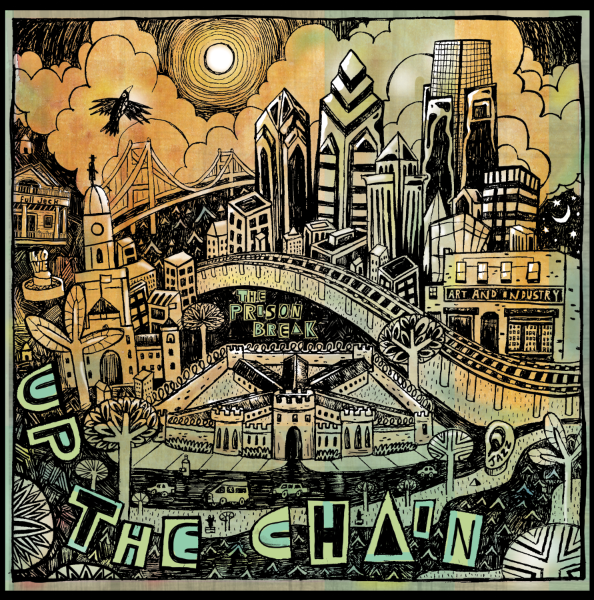