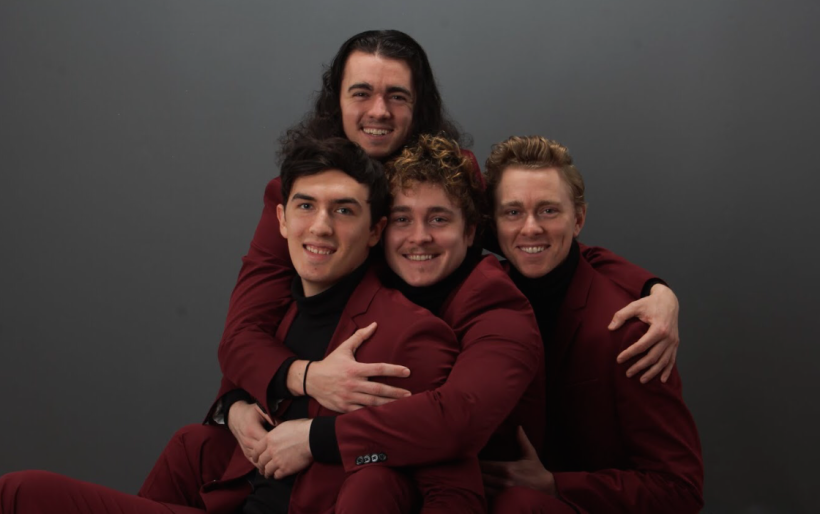 Ceramic Animal | Photo by Sarah McKenna-Mill | courtesy of the artist

Psychedelic Philly four-piece Ceramic Animal is gearing up to release its debut record this spring. After hitting the finals of last summer’s Beta Hi Fi competition at World Cafe Live, the band dropped the new single “Against the Wall” last month, with plans to release the record in April. Today we’re psyched (har har) to bring to the premiere of the band’s latest song, “Mad.”

Like their back catalogue, the song references classic pop / rock but through a very trippy haze. In particular, I hear bits of Elton John’s “Crocodile Rock” – already a referential song in itself – spun through the chopped and warbly world of Ariel Pink. Says Erik Regan of the band:

“Mad” started as a basic 60s inspired pop tune when we wrote it a while back. Since then we changed the key, mangled, and reworked it into its current recorded state. We like how it turned out, a little more cerebral, less straight up and down.

Listen to the song below, and catch the band at one of its two upcoming shows – February 12th at Triumph in New Hope and March 6th at MilkBoy. Information on both can be found at the XPN Concert Calendar.