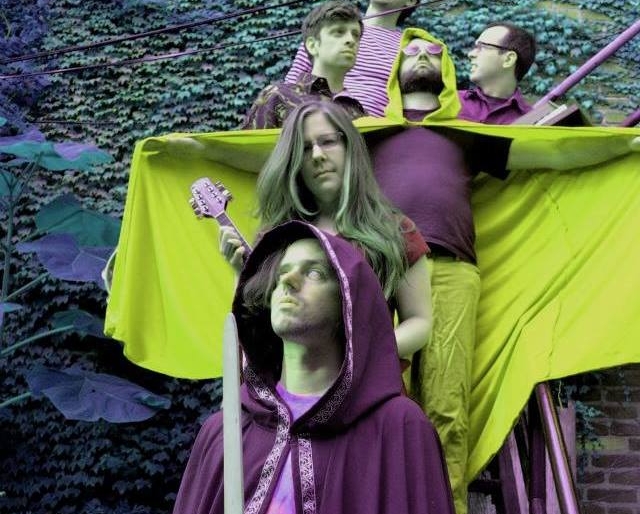 The Fantastic Imagination | Photo by Ben Morgan | Courtesy of the artist

Philadelphia indie collective The Fantastic Imagination cover some serious territory under the massive psych-rock umbrella, from moments of fuzzed-up Electrelane-ish pop to the bleak synthesizer dystopias of Kraftwerk; the warped textures of early Pink Floyd to the jangle pop of The Magnetic Fields.

Their new EP, Margaret is a Witch, brings all of those elements into the fold. Streaming on Bandcamp as simply a 12-minute Side A and an 12-minute Side B, the set ranges from the Banhart-ian folk of “Steve is a Boy” to the noisey sprawl of “Constant Hittaker,” a sideways nod to Mr. Kurt Vile.

Listen to the set below, and order a limited-edition cassette pressing of it on Bandcamp.