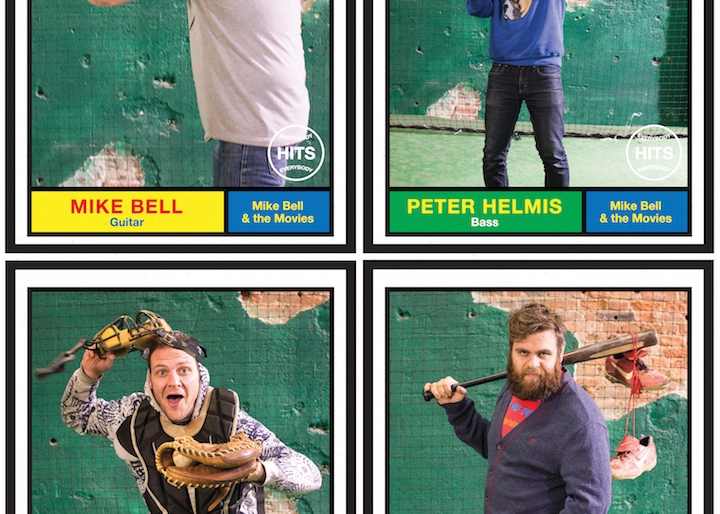 PREMIERE: Mike Bell & The Movies sees the light after a gig in “Kung Fu Nightmare”

Philly pop-punks Mike Bell & The Movies have shared with The Key the newest single from their upcoming album Room, “Kung Fu Nightmare.”

Over the past few years, The Movies have emerged a supergroup of sorts (featuring members of Year Of Glad, APE!, Dogs On Acid, and The Superweaks), but Room is a return to form for them. Bell told us that the idea behind Room relates “the story of the places and situations we allow ourselves to go in the depths of heartbreak,” especially places in and around Philadelphia. He also said:

Most of the songs on “Room” were written about the rooms in Philly and on tour where I found recovery. For example; the first verse lyrics to “Nothing Works” were scribbled, verbatim, drunkenly during a Joan of Arc show at Johnny Brenda’s, the opening line from “Philadelphia Girls” during a shopping trip to Shop Rite in South Philly and the first single, “Fucked If You Do”, takes place on my couch and was written hours after being broken up with, it was the first song written for the album.

The song “Kung Fu Nightmare”, which is named after the Philly venue Kung Fu Necktie, is a blistering minute and a half of power-pop energy with gang vocals and guitar breaks similar to The Ramones. Bell said this about the song:

The second single, “Kung Fu Nightmare”, takes place post-show upstairs at Kung Fu Necktie. It’s less a story and more a series of red flags. Warnings that were all there but can only be seen in hind sight; that the person you think you want back is actually the person you need distance from the most. Some lines are direct quotes; for example the chorus is word for word a text message from a friend from that night.

Room, the newest album from Mike Bell & The Movies, is out April 1st on Lame-O Records. You can pre-order Roomhere. The band previously shared the single “Fucked If You Do” earlier this month.

Listen to “Kung Fu Nightmare” by Mike Bell & The Movies below.