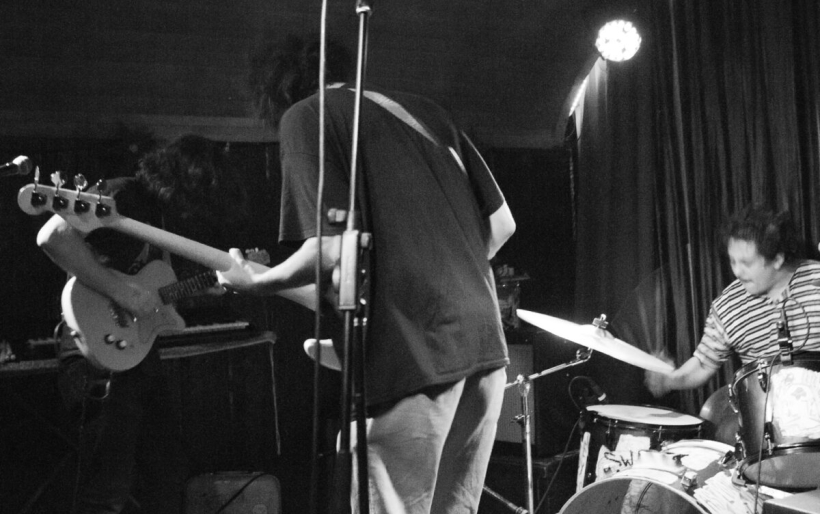 Lititz young bloods The Districts have been slowly but surely taking over the world with their bombastic and thought-provoking rock and roll, but they’ve been taking the classic route to get there: gather buzz, sign to a prominent label (Fat Possum), release a great record via said label, tour extensively and eventually share a festival stage with The Rolling Stones.

Their side project Straw Hats gives some members of the band the chance to take a more DIY route. By mixing up instrumental roles (Districts frontman Rob Grote on drums, drummer Braden Lawrence on frontman duty), the bandmates reinvent themselves while proving their musical prowess at the same time.

With the addition of friend Breshon Martzell on bass and vocals, Straw Hats make old-school, cram-down-your-throat punk with the production quality of a couple of angry kids banging on metal in a junkyard. The songs on their self-titled debut range from lo-fi fuzz on “Kowabunga Tak Tak” to the neck-breaking “Dirty Old Pope.” Lead single “On The Box” gives off the carefree yet wild nature of Parquet Courts while “Black Cat” rages off the road with the ferocity of Minor Threat.

The EP is on sale now in cassette form via Gawk Records. Listen to Straw Hats by Straw Hats below.