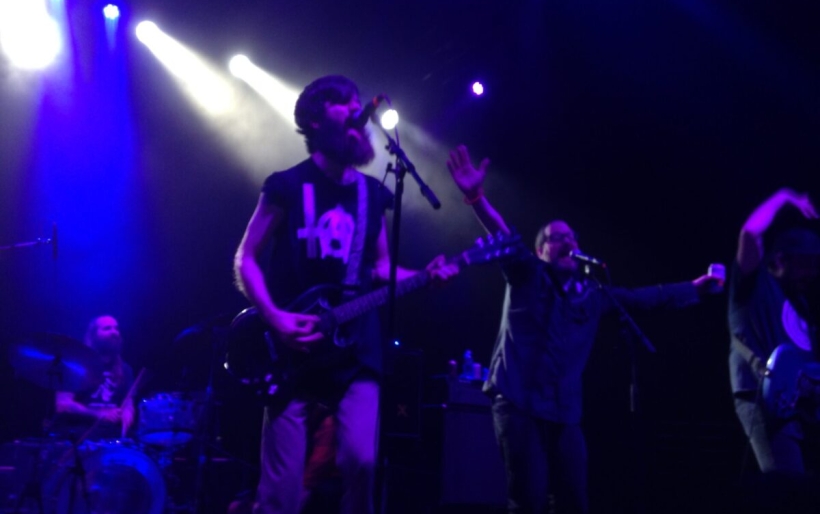 I couldn’t make it home for Easter this year.

I had yet to see Titus Andronicus. I feel like it has been time and time again since high school that I have meant to and something has come up, but I wasn’t going to let Easter stop me this time. Especially since it was announced that supporting the New Jersey barnstormers would be Hold Steady frontman and storyteller general Craig Finn. Their No Faith, No Future, No Problem tour came to an end on Sunday night, finishing up in Philadelphia on Easter Sunday to rise from the dead and take no prisoners. It all seemed just a little too poetic. TA’s most recent album The Most Lamentable Tragedy, struggled with religion as much as it did with trying to understand bi-polar disorder and manic depression. TLMT tracks such as “Fired Up” and “Sun Salutation” use the concept of Pat Stickles’ rock opera to funnel his experiences of growing up in a church that kept trying contain him or subdue him. And just like their breakaway punk rock, nothing could stop the band that night.

Stickles slowly walked on stage, guitar slung across his back, to just the intro piano chords of “To Old Friends And New”, the sweet but heartbreaking duet from Titus’s opus The Monitor. Before he began singing however, he spent a little time  speaking to the crowd about show behavior and “macho bro shit”.

He said that at their previous tour stop there was a kid in the front row, about 7 or 8, just enjoying himself, and about 5 songs in when “we started playing an older song people knew the crowd lost their shit”. He asked everyone to keep the crowd-surfing and shoving to a minimum, which people cheered in agreement, but you could tell when the energy of the music began to pick up that people would change their minds.

After “To Old Friends And New” and a swirling harmonica solo from Stickles, the rest of the band made their way onstage to break into TLMT‘s blitzkrieg opener, “No Future Part IV”, before following the punk-rock opera’s next two songs “Stranded” and “Lonely Boy”. The band then ripped through three tracks from their solid (and vastly underrated) Local Business before hitting the “losing the shit” mark. Nothing could keep fans standing still when the band laid into chants of “You will always be a loser” over and over, baptizing the audience with self-flagellation and unholy punk rock sweat.

The band continued to weave out of old songs and new, hitting up a trio of TLMT rockers before jumping back to the ultimate open road jam “The Battle Of Hampton Roads”, The Monitor‘s 11-minute ultimatum that substituted bagpipes for a guitar light brigade. By this point, Stickles had sweat through his 2XL TA shirt, which made him look like a malnourished messiah. Instead of doing the whole “we’re gonna walk off the stage for 2 minutes while you clap for us routine”, the band went straight into their encore by bringing out opener/close friend/musical influence Craig Finn. Finn just released his fantastic solo record Faith In The Future back in September, and his opening set was a tight collection of songs from that, songs from his first album, and then finished with an Almost Killed Me song and a song from his OLD old band Lifter Puller. Finn sang and played guitar backed by only a drummer and a bass player, and the intimate nature of his song writing was put front and center.

By the time Stickles and the band brought Finn on stage, the crowd was soaked beleaguered, but his appearance was awaited and accepted by joyous applause. The band broke into a kicked-up version of the Velvet Underground’s “I’m Waiting For The Man” with Stickles and Finn trading verses back and forth. Stickles then began with the opening riff of “Stuck Between Stations”, which erupted into a faithful take on the Hold Steady classic.

The night ended with a cover of The Replacement’s “Bastards of Young”, whom Stickles and Finn are both noted superfans. Everyone in the room, daughters and sons, joined along to sing along with the thunderous and rowdy hooks of “yooooung” echoing off the walls. Finn and the band took their final bows before leaving a lone Stickles lying on the purgatorial stage playing noise on his guitar before everything just stopped. His job was finished, mass had ended. The music rose from the grave and their message rang through till the lights came on. And then he walked off.

Check out full setlists and photos from the show below (I should probably invest in a real camera): 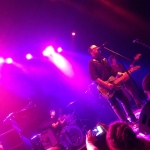 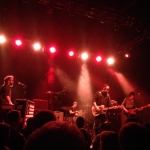 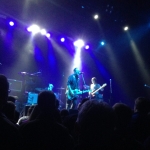 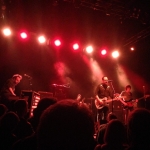 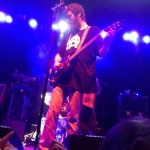 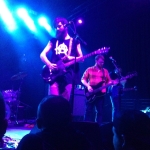 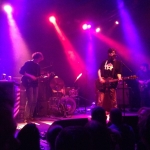 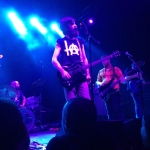 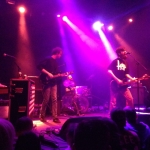 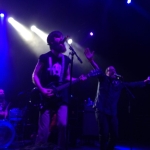