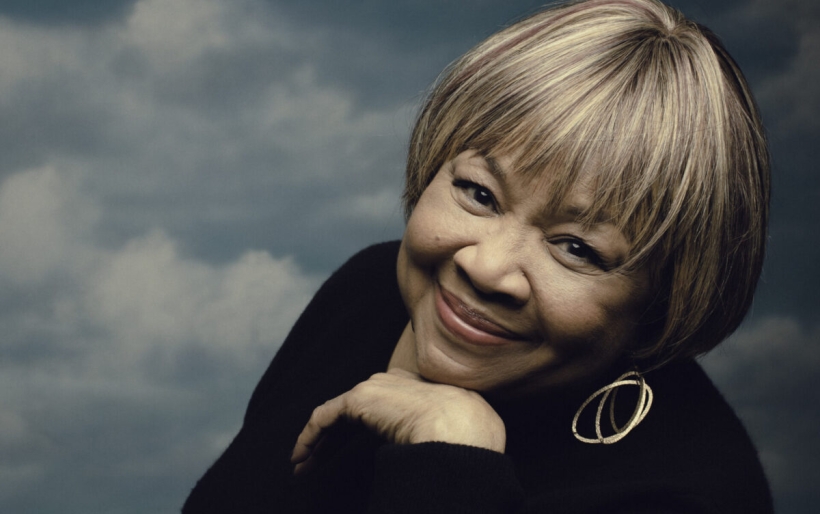 Mavis Staples | Photo by Chris Strong | courtesy of the artist

There’s only one Mavis.By this point in her storied, singular career, Mavis Staples’ legacy as a soul music legend and civil rights activist is well past secure.Her iconic, imitable voice, sixty years on from scoring her first gospel hit with the Staple Singers in 1957, remains a vital, “could sing the phone book”-type national treasure.But the 76-year-old – who’ll light up Scottish Rite Cathedral as part of the Berks Jazz Fest this Friday, before returning to Philly this summer to open for old flame Bobby Dylan at the Mann – shows no signs of slowing down or resting on her laurels.

Indeed, over the past decade, she’s added a substantial new chapter to her discography, cutting an impeccable string of albums that are every bit as relevant and powerful as the Singers’ movement-defining ‘60s folk-gospel sides and ‘70s pop/R&B chart-toppers, and – perhaps to keep pace with her seemingly eternally vigorous spirit – working with a series of progressively younger producers: Ry Cooder (2007’s We’ll Never Turn Back), Jeff Tweedy (2010’s You Are Not Alone, 2013’s One True Vine) and now M. Ward, who helmed the just-released Livin’ On A High Note.

That new one might just be the freshest of the bunch.Whereas the Cooder and Tweedy albums, like the majority of Staples’ recorded output over the decades, largely featured re-workings of pre-existing material (cover songs, traditional numbers, etc.), High Note consists entirely of bespoke original material sourced from an intriguing list of contemporary songwriters, including Neko Case, Nick Cave, Ben Harper, Aloe Blacc and Philly’s own Son Little.It is, simply put, a spectacular set: every one of the writers clearly cherished the assignment, and the result is a batch of new songs that somehow already feel like old standards.It’s hard to even single out highlights, although Merrill Garbus’ “Action” stands out for how nimbly and magically it translates tUnE-yArDs’ trademark offbeat syncopations into something the Staples could easily have recorded c. 1971, while “Dedicated,” penned by Justin Vernon of Bon Iver, brings me close to tears every time.

God willing, there’s no reason why Staples shouldn’t have at least another decade of great records left in her.But in the unlikely event that this is her final recording, this is going out on a high note indeed.

Mavis Staples performs at the Berks Jazz Festival on Friday, April 8th and at the Mann Center with Bob Dylan on July 13th. Tickets and information on both shows can be found at the XPN Concert Calendar.