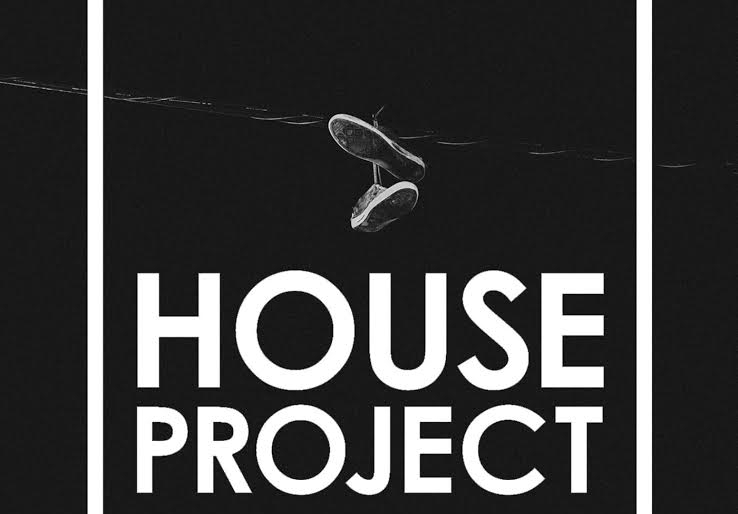 House Project is a non-profit organization founded by Brett Wiese in October of 2014. Since its conception, Weise has released 11 different short compilations featuring Philly artists of various genres, from the electro house of Sampson Mansion to the lo-fi indie rock of Mantua Yacht Club. On Tuesday, the organization has released its first full-fledged 25-track compilation album in benefit of the Red Cross House in West Philadelphia.

House Project is split down the middle: the first half contains tracks from artists and bands such as Mumblr, Chelsea Sue Allen, Madalean Gauze, and Hezekiah Jones. Part 2 takes a more electronic/hip-hop direction with Hardwork Movement and Armani White. It offers a varied take on the Philly music scene, and I asked Weise some questions about how he got the idea to start the organization and his plans for its future.

The Key:First off, tell us a little bit about yourself.

Brett Weise: My name is Brett Wiese, I’m currently a Senior at Drexel studying Music Industry. I actually came from Long Beach, California to Philadelphia just for school. As ridiculous as it sounds, I chose to go to school in Philadelphia because The Roots are from here, and I love The Roots.

When I came here I didn’t know how different the musical environment would be, but there are shows here all over the place, all the time. Back home no one has a basement either, so the whole basement show idea never crossed anyone’s mind. Philly really showcases what can be done with a DIY mentality. It has been a great musical revolution for me.

TK:Tell us about your inspiration for starting House Project and how it began.

BW: The first iteration of House Project came about in October of 2014. My roommate Martin Black and I had odd tastes and just wanted to make music, so we made an outlet to put it out. House Project became a monthly compilation, featuring artists from local bands that wanted make music outside of the bands they were already in.  Even though the initial focus was just about spurring creativity, all proceeds from those records went to Red Shield Family Residence.

After a year of monthly compilations, the focus switched to getting more established artists, in order to reach more people and hopefully raise more money. Our latest compilation is the first release with this shifted focus. House Project also started getting involved with local charities to start getting artists more involved in the Philadelphia community.

TK:How did you go about getting all of these artists to contribute to the compilation?

BW: The artists on the compilation come from connections that I’ve made since I came here. Some of the artists are friends who had contributed to previous versions of House Project. Some came as suggestions from musician friends. And a lot of them I had been following for a while, and even seen at shows, but didn’t know personally until I asked them to contribute. I even got one artist, A Day Without Love, because Brian had messaged me in 2014 asking about filming a time lapse. Everyone I reached out to was very open to the idea and the project as a whole. One thing I can say is that all the artists are truly fantastic and pitched in some great music.

Some of my friend’s bands had been on previous compilations and a lot of them seemed very genre specific. Ever since the beginning House Project has been about attracting different type of music. The only common point of the music on House Project is location. One thing I like most about House Project is the diversity of music on the record. The record can be purchased on Bandcamp, and we also have the music on flash drives that can be found on Bandcamp.

TK:Tell us a little about Red Cross in West Philly and what they plan on doing with the money raised.

BW: So the Red Cross of SE Pennsylvania has two organizations that they raise money for, their disaster relief program, and the Red Cross House. I chose The Red Cross House because it is a much more tangible way to continuously serve the community. The Red Cross House is located on 40th and Powelton and does a lot for the people they help. The money raised will be going to their general funding, which includes housing, meals, and staff.

However, artists are also being encouraged to volunteer themselves in order to get more hands on. There are a ton of great organizations in Philly that need help. House Project is currently getting volunteer opportunities set up with Philly Aids Thrift, Special Olympics, Women’s Community Revitalization Project, and the Dornsife Center.

TK:What other future plans or events do you have for the organization? Where do you see House Project going forwards?

BW: It’ll be tough to compete with the monthly releases of previous House Projects but there will definitely be more releases in the future that will feature artists that I couldn’t get on this go around. But before thinking about the next release, the focus is planning on hosting some great events to connect artists and the community. When school is over, who knows where I will land, but I plan to continue House Project wherever I am.

TK:Anything else you think readers should know?

BW: House Project is not only for bands, it’s for anyone who cares about music or Philadelphia, which encompasses almost everyone. Volunteering is one of the best ways to make connections, so go out there and help. Feel free to reach out to me (brett.w.wiese@gmail.com) if you have an organization/event that you need help at!

All proceeds from House Project go to benefit the Red Cross House of West Philadelphia (40th and Powelton). Listen to and purchase the House Project compilation in full on Bandcamp here.