You Won't shed the past on new Revolutionaries track "Douchey" - WXPN 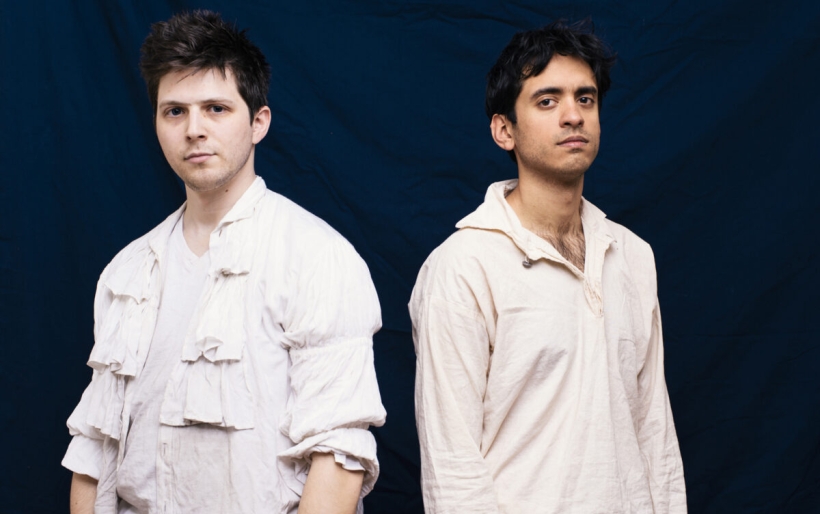 You Won’t | photo by Patrick Gookin | courtesy of the artist

You Won’t shed the past on new Revolutionaries track “Douchey”

I’ve sung my praises of the Massachusetts band You Won’t in the past, but it is not without good reason.

Their 2012 debut Skeptic Goodbye completely blew me away because it was one of those records that hit me at just the right time: I was graduating high school and instead of going to the same college that all of my friends were going to, I decided to take a chance, start fresh, and go somewhere else.

I was kind of alone, I was kind of scared, and I was also kind of an asshole. Songs such as the lovelorn “Who Knew” and the inclusive “Television” soundtracked my freshman year in a way that other albums couldn’t at the time.

Four years later and I’ve made it through: I’m less alone, I’m less scared, and I’m less of an asshole. But that’s what comes with growing up, learning from mistakes, and not taking things for granted anymore.

You Won’t have learned the same lessons. It’s been four years for them as well, and their new album Revolutionaries, which is out April 29th, covers the same themes: letting go of your youth and in turn shedding off some of that asshole crap. They recently shared the album’s newest single, “Douchey.”

“Douchey” takes pieces from classic folk-songwriting formulas such as the rollicking drumbeat and chants of “Na na na” to new levels. As the title implies, vocalist Josh Arnoudse sings, “I was douchey once but I ain’t no more,” before him and multi-instrumentalist Raky Sastri break into a runaway sprint that not only runs from the past but also embraces it and learns from it.

You Won’t will be performing songs from both Revolutionaries and their first album at Boot and Saddle here in Philly on Sunday, May 22nd. Opening the show will be The Suitcase Junket. For tickets and more information, check out the XPN Concert Calendar.

Listen to “Douchey” by You Won’t below.