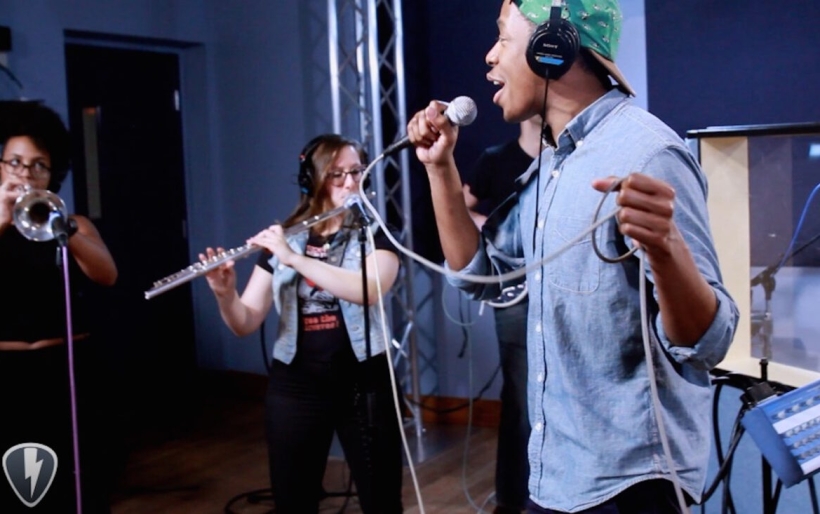 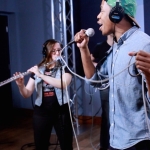 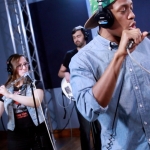 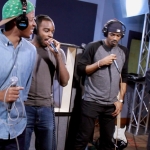 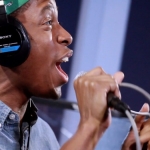 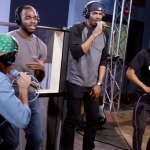 Philly hip-hop collective Hardwork Movement is a force of nature. Anchored by four longtime friends – singer Jeremy Keys with rappers Sterling Duns, R.B. Ricks and Rick Banks – the crew released the impressive debut Good Problems in January via Bandcamp, and assembled a band of talented Philly musicians to bring it to life on stage. And then from there, the movement took on a life of its own.

First, to introduce you to the other players: the rhythm section of Angel Ocana on drums and Jeremy Prouty on bass. The horn section of Dani Gershkoff on flute / vocals, Becca Graham on trumpet and Marty Gottlieb on trumpet and arrangements. Duns plays electric guitar, Keys chips in on cello. And with that – not to mention the band’s house-packing prowess seen on formidable display during their album release party at Kung Fu Necktie – they’ve quickly become one of my faves in the scene.

Part of it is the sound – one foot steadied in realm of 90s trailblazers like Nas (they work a sweet riff on “The World Is Yours” into their sets sometimes), Digable Planets (hey Ardmore Music Hall, need an opener for DigPlans show in July? We have a suggestion…) and The Pharcyde, not to mention more recent crews like Jurassic Five and Little Brother. And oh, duh, The Roots, natch.

Part of it is the approach – in the world of live hip-hop, typically you’ve either got rappers with a band, or rappers with a DJ. Rarely do you see a crew straddle both sides of the spectrum, but Hardwork’s live set is half performed in full force, and half with the core four backed by a mix. That’s how they approached their Key Studio Session as well, with “Walk It Off” and “Dance With Me” exploding off the walls in full nine-piece glory, while “Take Time” sat nicely with just the beat and the boys at the mic.

Part of it is the charisma, and utter elation – you can tell this team is a team, you can tell they love what they do, and it comes across in their motivation-centric lyrics and their infectious energy.

All of the above illustrate why we asked Hardwork Movement to help kick the opening night of Key Fest into orbit this Friday night at MilkBoy. They’ll join ILL Doots, Kate Faust and Joie Kathos in what’s sure to be a memorable night of music. Get tickets and more information on the show at the XPN Concert Calendar. Below, watch the band perform “Walk It Off” live in the studio, stream the entire six-song set, and grab a free download here, via our Soundcloud page.