PREMIERE: Hurry steps into the light on the new Guided Meditation LP - WXPN 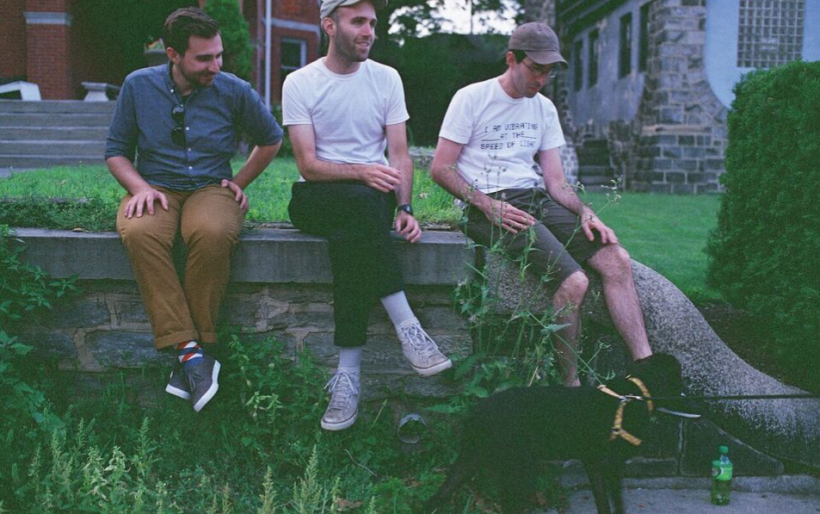 Hurry | Photo by Craig Scheihing | courtesy of the artist

PREMIERE: Hurry steps into the light on the new Guided Meditation LP

When Philadelphia indiepop outfit Hurry first caught our ear several years back, it was more of a project than a band. Matt Scottoline still had Everyone Everywhere as his primary act, and spent free time on the side dabbing in bedroom-recorded homages to the shoegaze and dreampop records he came of age to.

Flash forward to 2014, and Hurry was a full-fledged power trio with Joe DeCarolis on bass and his cousin Rob DeCarolis on drums. The band put out the excellent debut LP Everything / Nothing on vinyl through Hot Green Records and cassette through Stereophonodon. It was Scottoline’s first time taking his bedroom project to a full band, and as he describes it, the record “was very loud, very fuzzy. It had that aesthetic to it and I think part of that was I thought it was a cool thing to do, but part of it also was that it was a safety blanket in a certain way. So you feel like it’s okay if I don’t sound that great if it’s just insanely loud.”

This Friday, Hurry releases its sophomore album, Guided Meditation, on Lame-O Records – and it’s another step forward for the band. Listen to the album in full below and you’ll hear how polished, pristine and endlessly catchy it is. The pop songcraft is as intact as ever, and the band is truly owning the sound. Says Scottoline:

I didn’t want to repeat myself. And the more I do it, the more confident I get, and the better I feel about the songs I’m writing. So for this record, I wanted to do the exact opposite. I wanted it to by shiny and clean and sort of channel all the music I love – 90s Britpop, the aesthetic of those records. Something that’s more shimmering and not as aggressive sounding.

Give a listen yourself below; Guided Meditation is out this Friday on Lame-O Records. Pick up a vinyl copy here, or preorder your digital download here. Hurry celebrates the release of its second LP on Friday, May 6th at Everybody Hits with Chris Farren, Telepathic and Cave People. More information on the show can be found here.