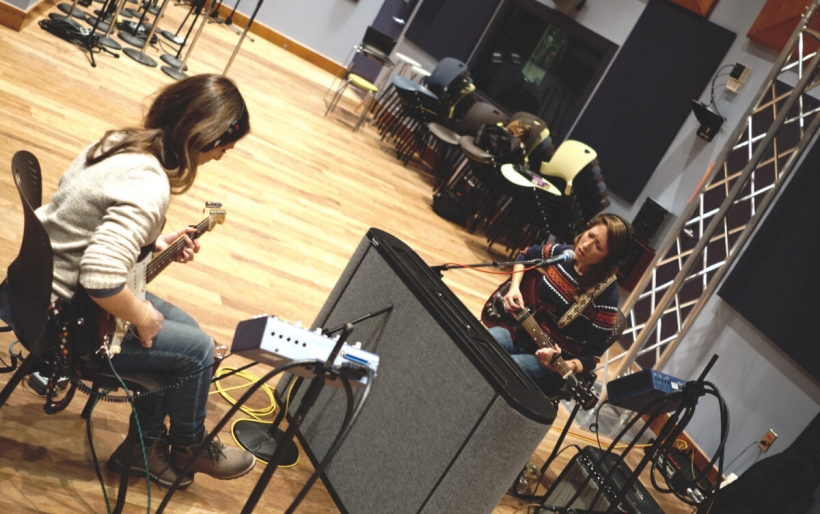 The 1980 song was originally covered by Beck for the classic Kate Winslet & Jim Carrey film Eternal Sunshine Of The Spotless Mind. Each of the performers take turns on lead vocals and harmonies, and the simple instrumentation of just keyboards and acoustic guitar presents a faithful yet sweet take on the original.

Allen will be performing at World Cafe Live on June 17th for Fiona Fest: A Tribute To Fiona Apple in honor of the 20th anniversary of Tidal (the album not the streaming service). The festival will also feature performances by Ellen Siberian-Tiger, Dani Mari, Andrea Nardello, and many more. For tickets and more information, check out the XPN Concert Calendar.

Watch Chelsea Sue Allen, Brad Almond, and Chelsea Julian cover “Everybody’s Gotta Learn Sometime” below, compare it against the other versions and listen to Allen’s studio session for The Key here (where she covered an old Dr. Dog tune).