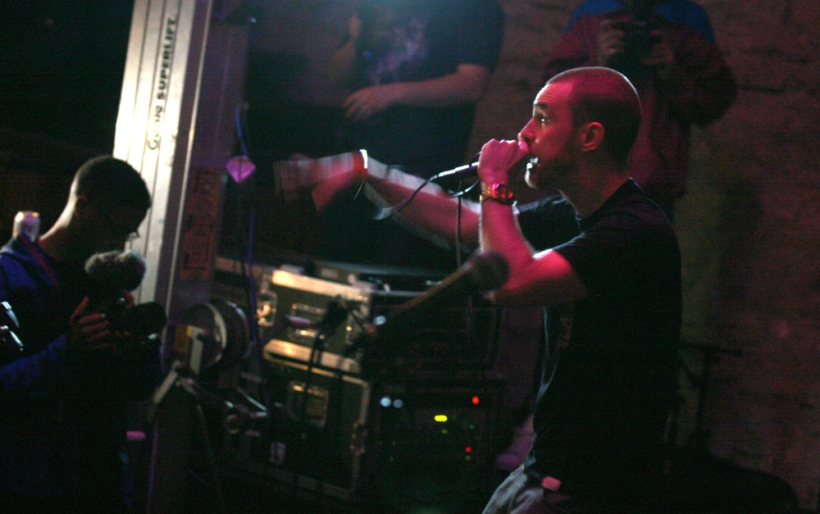 Philly rapper Voss has shared his new music video for the song “Respect My Mind” from his album Insatiable, featuring Milton.

On “Respect My Mind,” Voss speaks of understanding and appreciation for others at the same time telling people not to fuck with him, while Milton takes slick hook duties. The video features performances by the duo along with a humorous interlude of them sitting down with a rude record exec before telling him off.

Voss’s album, Insatiable, was released last week and features appearances by fellow Philadelphians including Harrowgrove, the means, Revolution I Love You, and many more. Voss will be holding Insatiable‘s album release party at Underground Arts on May 20th with Mazon, Eddie Madrid, Kim Jong Ill, and more. For tickets and more information, check out the XPN Concert Calendar.

Watch Voss’s video for “Respect My Mind” featuring Milton below, and listen to Insatiable as well.