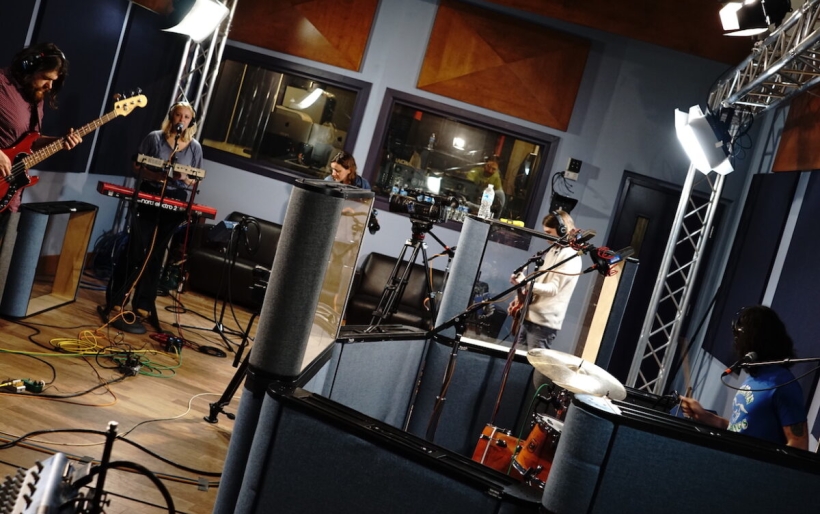 The Lawsuits | Photo by Breanna Keohane for WXPN

Philly roots-rockers The Lawsuits have released a stream of their new album, the cleverly titled Moon Son, in full via Grateful Web.

The band had recently released two singles from Moon Son, “Romeo” and “Do Ya,” the first of which we premiered here at The Key. The new album is an expansion of the sound they had been playing with on their last record, Cool Cool Cool, except the band adopts some newer, ambient and psychedelic tones as well that sound reminiscent of The War On Drugs.

Moon Son is out May 13th on Randm Records. The band recently stopped by XPN to record a Key Session that you can listen to here. The band will be playing a free show at Sly Fox Brewery in Pottstown on May 21st. More information on that show can be found here.

Listen to The Lawsuits’ Moon Son in full over at Grateful Web. Listen to the cheerful “Wasted” below.