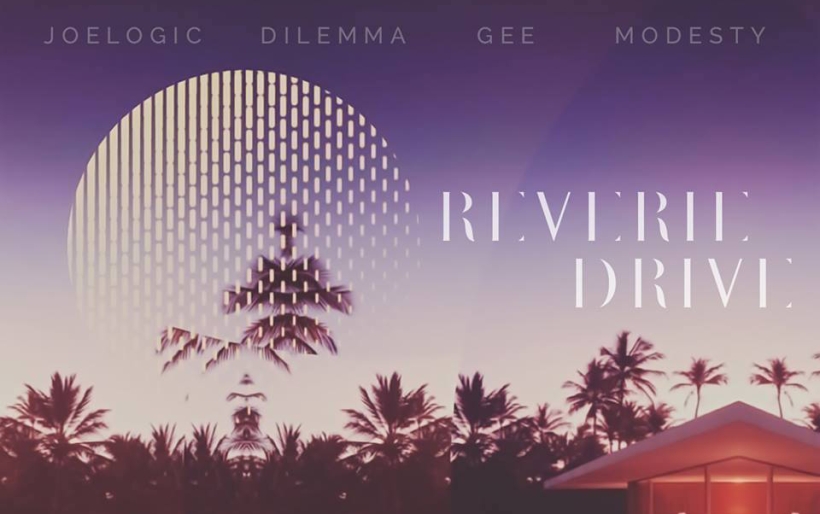 Philly local producersDilemma, JoeLogic and Gee have teamed up with singer/songwriter Modesty Lycan on a new collab, Reverie Drive. Their debut self titled EP blends the sounds of electro, indie rock, pop and hip hop – making it apparent that each member and their unique background had an equal influence on the final product.[/caption]

Dilemma originally found his rhythm at Sigma Sound Studios and has worked as a producer with the likes of Meek Mill, Ray J and Migos. JoeLogic did engineer work on Usher’s Raymond V Raymond. Together along with Gee, a Seattle transplant to Philly, they worked on Jazmine Sullivan’s 2015 grammy-nominated gem of an R&B album Reality Show. But now the trio has teamed up with singer/songwriter Modesty Lycan, (who you may remember being featured on The Roots’ “When The people Cheer,”) to form Reverie Drive.The group’s lead single “Whisper” was released early last month. The video below ins’t much of a visual accompaniment to the song, but a simple and serene visual of Lycan sitting on a branch swinging her legs for the entirety of the video. But the song itself is telling of the group’s nature. It’s an ultra-produced, upbeat track that dabbles in auto tune and calls on listeners to embrace who they are with every fiber of their being.

The rest of the debut EP from Reverie Drive follows the same path. “I Ain’t Shit” is highlighted by an appearance from Philly rapper Young Savage. “I Don’t Wanna Leave” follows with a dreamy vibe. For a producer supergroup, “Want You Back” provides the best beat, while “Tonight” creates a more dance-inducing mood. Give the EP a listen below.