PREMIERE: Ceramic Animal gets whimsical along the water in the "Maybe" video - WXPN 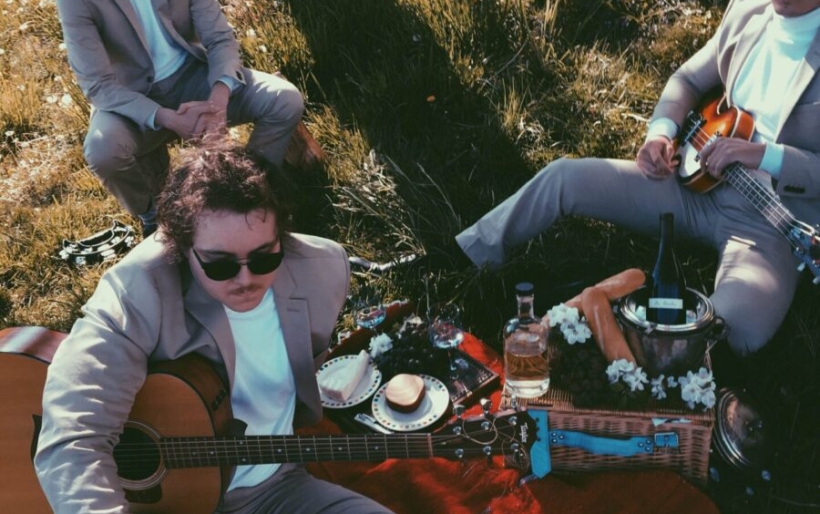 PREMIERE: Ceramic Animal gets whimsical along the water in the “Maybe” video

“At some, point Warren said the word ‘whimsical,'” reflects Erik Regan. “And we all gravitated towards it.  That became the guiding light for the six of us on shoot day.”

The drummer of Doylestown psych-rock five-piece Ceramic Animal is talking about the band’s latest video for the song “Maybe,” which we’re happy to premiere for you this morning. It takes them out of the studio, out of the club, and sets them up in a forest in suits and turtlenecks, climbing out of a hobbit hole (actually a sewer entry, I think?) and playing their instruments alongside the Neshaminy Creek.

“This is our first live action music video, we knew we wanted something other than the ‘here is Ceramic Animal playing the song,’ type of approach,” explains Erik’s brother Warren, singer-guitarist of the band. “We wanted a storyline but nothing too serious, just something fun that left room for spontaneity the day of the shoot.”

The video was shot in a single day with director Oliver Samuels and cameraman Ryan Haagen. “They had a few aesthetic places to film in mind already, and we kinda let the ‘plot’ write itself once we were there,” says keyboard player Elliott Regan.

“Maybe” is a track from the album-in-progress Ceramic Animal has been working on this year – it’s due out at month’s end, and we expect to see and hear more from it this Saturday night, June 11th, when the band plas at Underground Arts, opening for The Binary Sea; tickets and more information can be found at the XPN Concert Calendar. Below, watch the video for “Maybe.”