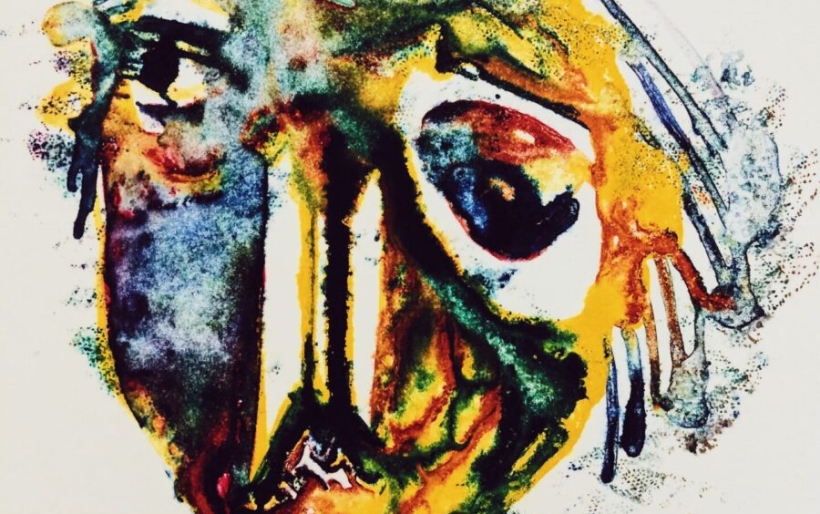 It’s one those collaborative outings that just sort of happens when you’re part of a super fertile music community. Haggert Mctaggert brings together Braden Lawrence, drummer for The Districts, and Keith Abrams, singer-guitarist of Pine Barons. Both of those dudes each have another-other band on their plates – Straw Hats for Lawrence, Tremellow for Abrams – but this project has ben an on-again off-again thing for about five years. Today, we bring you their debut single, “2nd Door Floor,” which finds these erstwhile heavy rockers exploring more moody, textural soundscapes in the vein of Elvis Depressedly and Alex G.

The song seems to hit on themes of exhaustion and exasperation, with Lawrence singing “I don’t think that I can think much longer, as my lungs decompress” in a melodic refrain that hearkens back to Air and Pink Floyd.

The song comes from Haggert Mctaggert’s full LP, which was written by Lawrence with Abrams producing, recording and mixing. “We started recording last fall pretty sporadically in between busy schedules in Keith’s bedroom,” explains Lawrence. “It was mixed at Headroom though.”

“2nd Door Floor” features sweet saxophone accents by Chet Williams of Roof Doctor; listen for them at the 2:56 mark. The rest of the album (that’s its cover art above, by illustrator Morgan Bak) is due out later this summer – and if you like this jam, you’re in for a treat.