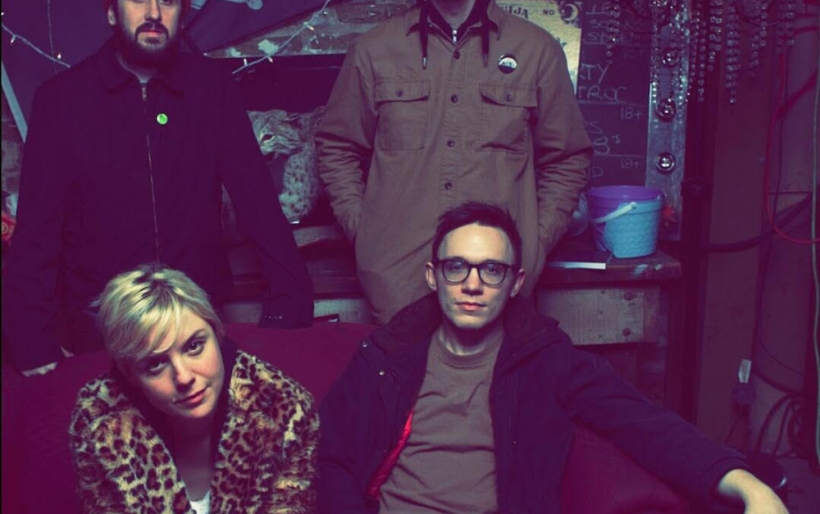 Creepoid | photo courtesy of the band

PREMIERE: Creepoid’s super 8 video for “Shaking” is a postcard in motion

This time last year Creepoid were prepping for the release of Cemetery Highrise Slum, an album the psych / rock outfit recorded during a year spent in Savannah. Twelve months later we’re still digging the songs, especially the darkly sparkling “Shaking,” which is why we’re happy to premiere a visual accompaniment to that track this week.

Created by Paul Somers and Patrick Fitzgerald on Super 8 film, the montage weaves frames of the Creepoid bandmates between images of bridges, buildings and flora (at least some of which were filmed down in New Orleans). It’s like a moving postcard from the band: sentimental, nostalgic and a little aching all at once.

Back when “Shaking” was first released, songwriter Sean Miller told The Fader:

For me, this song represents a longing for the past. As time goes by, you start to notice many of the people you grew up with have cashed in their chips and given up on themselves as individuals or critical thinkers. Perhaps the shimmer has gone from their eyes and they resent you for keeping yours, maybe they’ve remained the same and it’s you who has changed. Regardless, the path you all shared at one point is undeniable, and the memory of it comes with an everlasting sense of fondness that is simultaneously unforgettable and unattainable. I will always love the place where I grew up, even if it’s only for what it once was or what I perceived it to be at the time. That fond sadness is at the heart of this track.

Creepoid is out on tour with Superheaven and Spirit of the Beehive, but will be back in town this Friday, June 24th, to play at The Fillmore with those same bands. Tickets and information for the all-ages show can be found here. Watch “Shaking” below.

“Shaking” by Creepoid from Paul Somers on Vimeo.