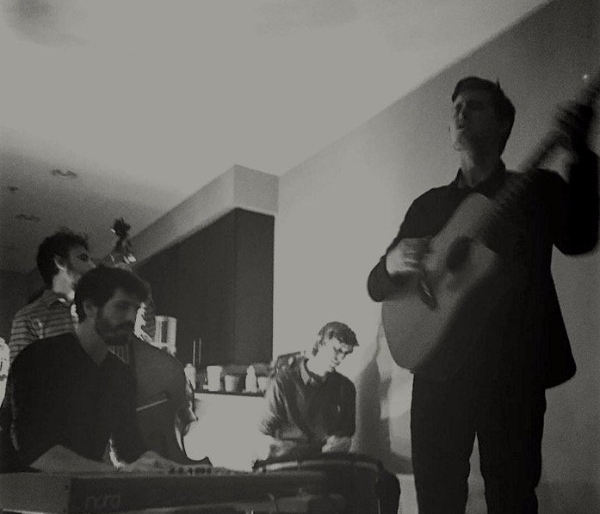 My Son Bison | photo courtesy of the artist

Just a few weeks after sharing the debut single from Two Faces and a Vase, local outfit My Son Bison have premiered a follow-up track called “Pick Up America” via Impose. It’s a bright and playful pop song that hints at the more experimental-folk material the band has created over the last five years.

“Pick Up America” opens in a kind of pastoral, gentle way that makes tasteful use of banjo picking and an angelic chorus of backing vocals. It builds to a colorful and dreamlike interlude before everything comes crashing down in the final quarter, sending us fully down a rabbit hole. The sounds become amplified and distorted versions of their original selves: the piano is almost atonal for an instant before falling into a demanding march, while the vocals grow increasingly agonized. There’s a beauty to the madness, though.

Listen to “Pick Up America” below. The band plays Boot & Saddle on July 14th opening for City of the Sun. Tickets and information can be found here.