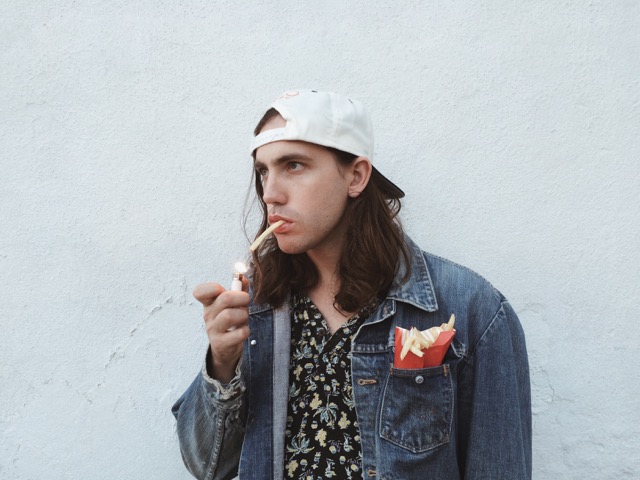 A midday nap in the woods turns into a wild race again time in the new video for “Primetime” from Cold Fronts. The track comes from last year’s Forever Whatever, the local band’s debut for Sire Records, and is now paired with a clip directed by Josh Goldenberg.

Digital clocks flash across the screen and count down to zero as the camera finds frontman Craig Almquist (and several musician friends) laying on the ground, the former’s arm covered in colorful watches. This sets the scene for a kind of virtual reality game in which people burst into confetti if their timer gets to zero. Meanwhile, Craig races around town by bike, hoverboard and foot, searching for the one clock that will set things right again.

Cold Fronts kick off a summer tour at Johnny Brenda’s on July 26th; tickets and information for the 21+ show can be found here. Watch “Primetime” below.