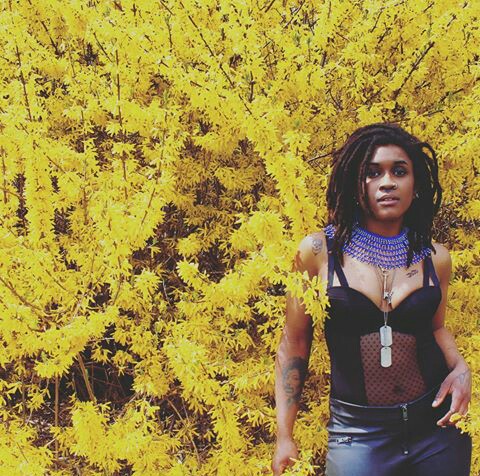 Xilomen | Photo courtesy of the artist

A singer, a composer, a producer and performer, Philadelphia’s Xilomen dropped her debut full-length, Gata Negra, this wintervia Bandcamp, and it immediately impressed us. The record boasted a heady mix of electronic pop sound-collage and live band instrumentation, giving it stylish vibes of Frank Ocean and Erykah Badu, as well as (for 90s alternative heads) Sneaker Pimps and Morcheeba. In short: beats, textures, vibes and incredible vocals front and center by 24-year-old Xilomen herself.

She originally hails from Chesapeake, Virginia, and moved to Brooklyn in 2013 to pursue her music career — after two years up there, she dipped down to Philly last May, and has performed at a variety of locales in the Northeast region, from the Trocadero to several runs at the Apollo Theater’s famed Amateur night, to open mics around the area. Her interest in music making and performing goes back to her childhood, though. Says Xilomen: “I began producing when I was 16. But I’ve been singing / dancing since probably before I could talk. In church, school, with friends, anywhere I could. I produced my first tracks here in Philly at a cousin’s house over summer vacation. I have a mixtape prior to this called Villain. It was released in 2011, when I was 19.”

In addition to music, Xilomen is also active with the community, and rang in 2016 with a performance for the outreach group RBG Fridays. Her gigs have been a bit few and far between, though, so tonight’s show at Voltage Lounge for the iStandard Producers’ Showcase is definitely one to catch. More information can be found here.