Dweller bridges the gap between abstract and concrete on debut album, This Is What Happens When You Wait Too Long - WXPN 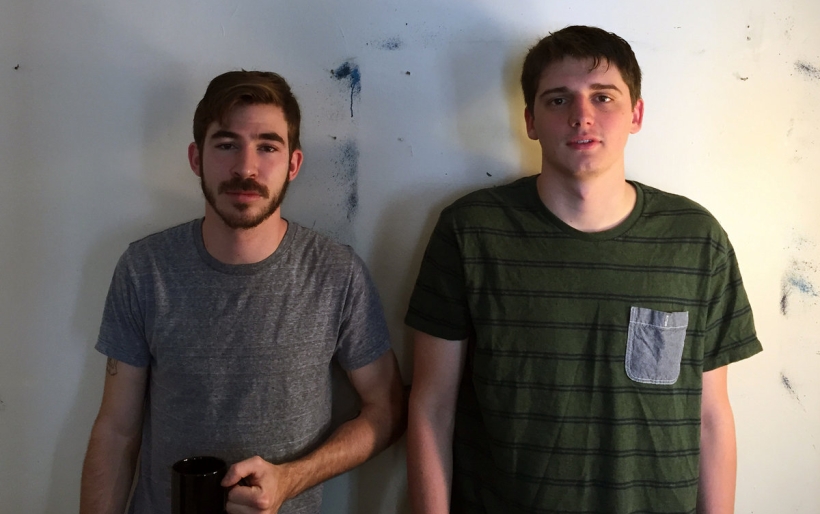 Dweller | photo courtesy of the artist

Dweller bridges the gap between abstract and concrete on debut album, This Is What Happens When You Wait Too Long

Luke Harsel and Cody Bluett have been making music together for many years, and at this point they are two sides of the same coin. They met early on in college at Temple University and spent most of their time at school with Family Vacation, the breezy beach-pop band who recently called it quits when the several band members decided to go in different musical directions.

“We just wanted an outlet for other musical ideas than we were getting at the time through Family Vacation, and once that band broke up we put all our focus on just writing and recording new songs,” said Harsel about Dweller, the duo’s new project that just recently released their first album, This Is What Happens When You Wait Too Long.

The record was recorded by Harsel and Bluett in their own house with mastering by Justin Nazario, and it comes as a jumping off point from the music of Family Vacation. Dweller trades in the pop-inflected arraignments that first caught The Key’s ear for something a little more dark and a little more experimental, while still containing their underlying base of reverb-tinged melody. Think Real Estate covering Kid A.

Album opener “Do You See Things Like Me?” starts with plunking piano chords and delicate acoustic guitar before Harsel’s bright vocals chime in.  The song is followed by “Menthol,” a slow-burn drifter from Bluett that includes their Sean Woody on baritone. Dweller’s introduction sounds reminiscent of Scott McMicken and Toby Leaman of Dr. Dog, two songwriters playing off each other’s talents while still portraying a cohesive sound.

“Most of our lyrics are an afterthought to match the mood of the music and process, but I think I write a lot of songs about specific moments in our lives,” said Bluett about the duo’s songwriting process. “Usually one of us will have a folk song or rock song idea and then we’d collaborate in the recording process and see where it goes. I get a lot of inspiration from art, probably because I studied painting in school and that’s what I do a lot of the time when I’m not doing music.”

The record also consists of several shorter sound experiments, such as “In The Reflections of a Desert” and “NASA Chemical Cloud,” which come off as the “hip-hop skit” of indie rock. “[When writing the songs] I thought a lot about technology and forms of media. Stuff like radios and TVs being physical objects, and how people relate to them. We see a lot of TVs getting thrown out on the sidewalk, which I think is kind of funny,” said Harsel. Dweller constantly shifts between the physical and the intangible, the obtuse and the astute, the abstract and the concrete. Like two sides of the same coin.

The band will be playing several upcoming shows that will include a full band (John Evin Groome on bass – he’s also a videographer at WXPN, and has shot a few Key Studio Sessions for us – as well as John Kaeser on drums), but the two closest ones will be July 22nd and July 27th, both at Kung Fu Necktie. For tickets, check out the XPN Concert Calendar.

Listen to Dweller’s This Is What Happens When You Wait To Long below via Bandcamp.