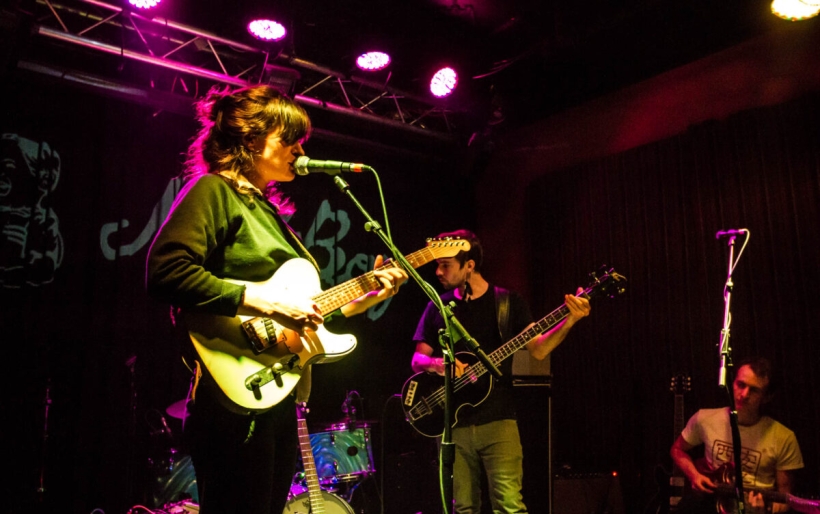 Last week, we had the treat of being a fly on the wall during New York indie band Big Thief and producer Luke Temple’s recording session with Weathervane Music, thanks to the music documentary series Shaking Through. The in-depth, behind-the-scenes look into the creation of the song “Mother” was captivating for any music lover — watching how ideas take shape and what goes into the production of each song adds a personal touch when listening to the final product.

After checking out the doc, you can now enjoy the accompanying music video. With all live footage from the studio and recording process, it’s a beautifully shot moment in time. From watching the doc, we learn that “Mother” evolved to its current form due to Temple’s fixation with singer Adrienne Lenker’s solo acoustic version, as well as full band. Thus, Big Thief and Temple worked up a version of the song that incorporated both — Lenker’s stunning, stripped down opening with a bellowing buildup from the band halfway through. It’s fascinating to see where the song began to its final form and music video accompaniment.

You can catch Big Thief when they play Boot & Saddle on Saturday, July 30th by heading over to the XPN Concert Calendar for tickets and more information. Watch the video for “Mother” here, as well as the episode of Shaking Through below.