Sink into the technicolor world of Cumquat on Prickly Glazer 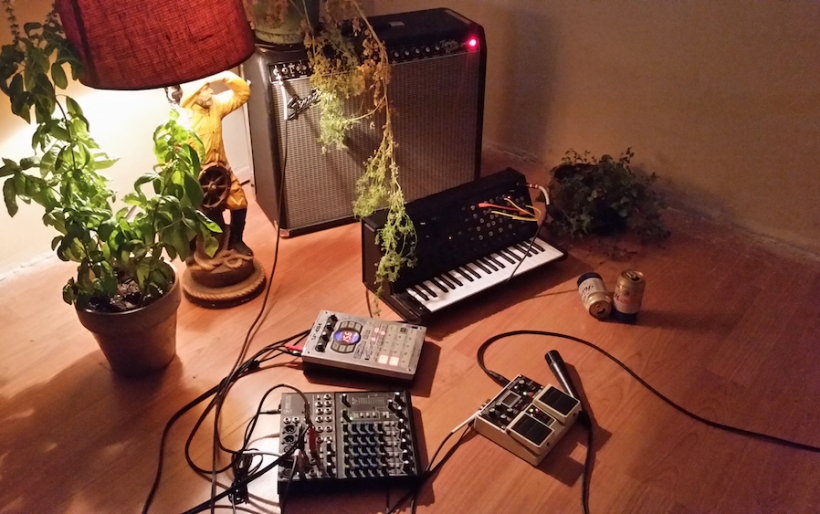 Sink into the technicolor world of Cumquat on Prickly Glazer

The two tracks we previously shared from local act Cumquat have now found a home on Prickly Glazer, an EP released last week. Sticky-sweet “Consciousness Is My Trigger” and disorienting “The Bering Strait” are joined by three other songs, which round out the electronic / found-sound production.

The EP opens with “Gush (She Pays Bail),” easeing into layers of synth textures with the drawn out chanting of Cumquat’s Kevin Sullivan. A sound palette of fluttering, glistening and spacey tones is set, bits of which are revisited throughout Prickly Glazer. Later on, “Cucumber” skitters and plops its way to the instantly catchy closer “Free Market Pangloss.”

Back when we first heard “Consciousness,” Kevin Sullivan explained his approach to building songs:

“I enjoy music that can mix multiple genres, or even better, take you somewhere new as a listener. For this project, called Cumquat, I’ve tried to abandon as many ‘normal’ instruments as possible to achieve this. The

majority of the song is based around manipulated synth sounds, samples and found sounds. At the same time, it is still (hopefully) a catchy pop song.”