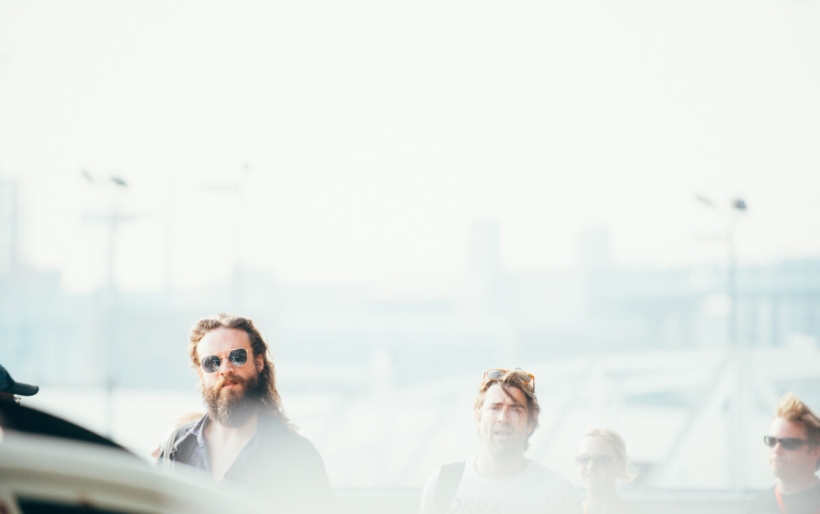 “The greatest trick the devil ever pulled was making the world think Father John Misty is good,” —anonymous.

Whether you think he’s the greatest post-modern performance artist of our generation or just an annoying hack, everybody’stalking about Father John Misty after his wild ride of a “set” at XPNFest Friday. Lovers and haters alike took to the megaphone of the masses — Twitter dot com — to voice their feelings, as one does. We’ve collected a number of the best, for your viewing pleasure. (Unlike that other 45 minutes of FJM’s set, amirite?)

Remember when Father John Misty played music? The DNC is across the river, buddy. #XPNFest

Some Tweet-ers expressed themselves visually:

This is what the @fatherjohnmisty set looked like to me. #XPNFestpic.twitter.com/QRAK5YAru7

@fatherjohnmisty got some great footage from your set at @xpnfest#XPNFestpic.twitter.com/1IbqAitRL6

Upon hearing the news yesterday, Philly’s Tim Showalter of Strand of Oaks had a lot to say:

Funny it didn't happen at a big pay day fest. Instead at fest run by an amazing group of hard working people bettering their community

Stay off the internet and go on a hike. People work hard and love music.

Shows have saved my life. The stage is a privilege more importantly FANS are a privilege. Go on a lecture tour if you have so much to say

If everyone is watching, you know that you will get attention. Benefiting from the problem is not the solution. So sick of this shit

Start a charity, work for habitat for humanity, volunteer, whatever. Be productive.

My grandpa used to say if philosophers were farmers the world would go hungry.

That's it. I love your music so much. But don't come to my town and insult my peoples intelligence.

And while we certainly won’t be the last word on this situation, hopefully you’ll make the call to make this one your last word:

I feel like the internet has been misinformed about how much I want to read about Father John Misty.