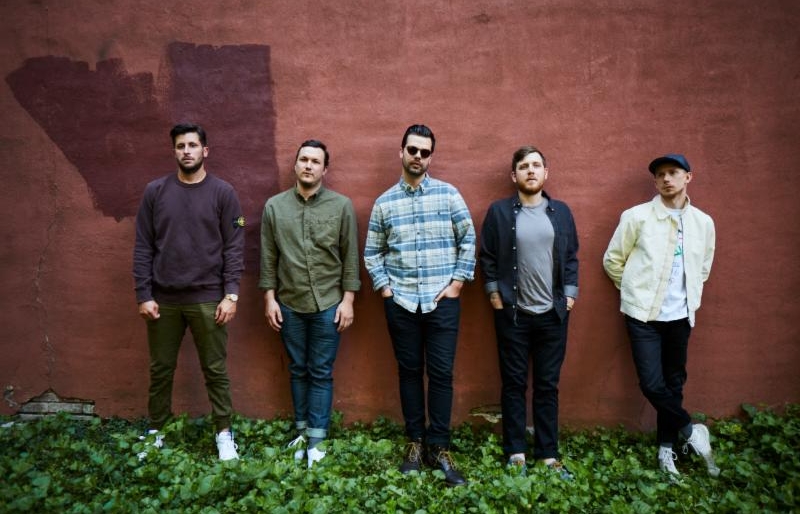 Balance and Composure | photo by Andi Elloway | courtesy of the artist

Balance and Composure makes their long-awaited return with “Postcard,” stacked tour with Foxing and Mercury Girls

It’s been radio silence from spectral Doylestown rock five-piece Balance and Composure for the better part of a year now, so we knew something big was brewing. The band has been working hard at Studio 4 in Conshy with regular collaborator and good buddy Will Yip on the production boards, and today just announced their third album, Light We Made, which is due out on October 7th via Vagrant Records.

of course we're going to give you the weird shit first.

With the announcement comes the first song, “Postcard,” which is an unexpected turn for the band most associated with crushing guitars and bruised lyrics. There’s a swift electronic dance beat and nuanced, atmospheric guitar textures that have a bit of a New Order vibe to them. The song sounds prime for remix action, but it also sounds like it will be reshaped when the B&C live beast gets a hold of it. As they said on Twitter, “This band will never make the same album twice. We do what we do to create; to evolve; to discover; to explore. Music is too important to not push yourself creatively as a maker or listener.”

Listen to the song below.

Along with “Postcard,” Balance and Composure announced a fall tour with one of the most stacked lineups I’ve seen in a while: St. Louis post-rock titans Foxing, and local indiepop / punks Mercury Girls (the “can’t-announce-it-yet-but-gonna-be-so-good tour” we alluded to during their Key Studio Session). They come to Philadelphia on November 18th to play Union Transfer; tickets and more information can be found at the XPN Concert Calendar.

Below, check out the tour dates, and revisit our video sessions with Balance, Foxing and Mercury Girls.