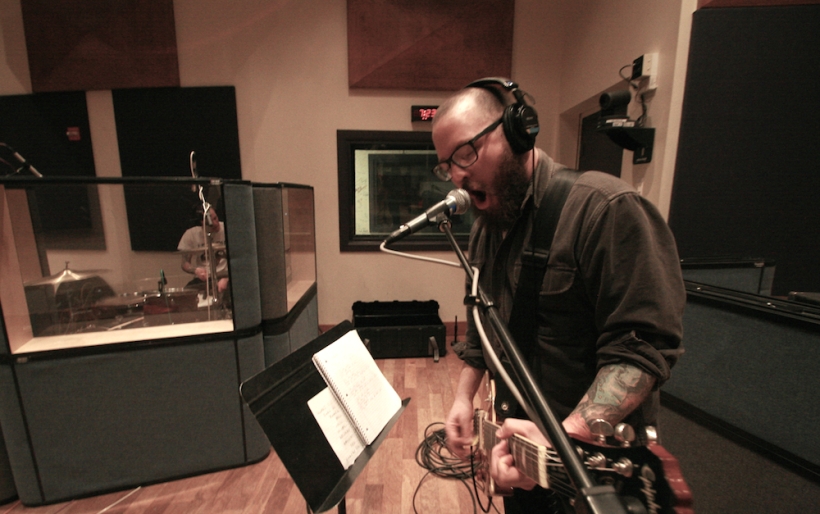 It’s been more than a year since Josh Agran and the guys from Cassavetes parted ways. The Philly punk four-piece played its final show in May of last year, mainly splitting because each of its members had other projects to attend to. Last week, Agran released some of what he’s been working on since in a self-titled solo EP.

Of course, we knew Agran wouldn’t disappear after Cassavetes came to an end — he’s been a part of the scene far too long for that to happen. Before handling vocals and guitar for Cassavetes, he played guitar with local hardcore icons Paint It Black, and also spent some time in Pet Milk and Nothing. And while this is technically not his first release since the demise of Cassavetes (he put out in March some sweet renditions of the ABCs and other childhood tunes on Songs For Kidz), it is our first glimpse at new original material.

For someone who’s been a mainstay in the punk and hardcore scene for years, this new EP is a real change of pace. Agran hasn’t completely left the guitar at home — “Anyone Anywhere” has him shredding a solo towards its tail end — but the strings certainly take a back seat to the synths. Agran himself doesn’t even handle the guitar duties on tracks three and four, as Paul Sukeena takes over those responsibilities. But what Agran has done here is solid. It’s always nice to see artists branch out and try something new, and this is no exception.

Even though the EP falls within the area of synthpop, the four tunes here don’t give off the bubbly or summery vibe that the genre sometimes does. Opening instrumental track “June Oh!” is a suspense building intro to the upbeat but spacey “Anyone Anywhere,” while “Riding At Night” and “Seasons” evoke a darker feeling. Take a listen for yourself by streaming Josh Agran’s self-titled EP below.