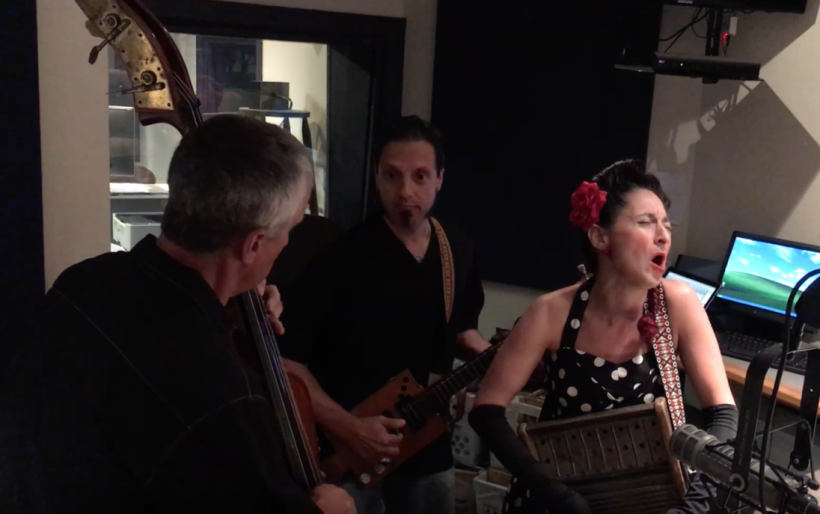 April Mae and the June Bugs | still from video

Joining him on the air were behind-the-scenes Fest Folks: director Lisa Schwartz, production director Andy Braunfeld and programming committee Jesse Lundy and Rich Kardon of Point Entertainment to talk about this year’s event. Also on the air were 2016 festival performers Michael Braunfeld, Hurricane Hoss and April Mae and the June Bugs.

If you were driving up Walnut Street on Sunday night, it was pretty hard to miss April Mae and the June Bugs’ ornately decorated bus parked in front of WXPN HQ. The three-piece band is ornate and lively, playing in trio configuration with upright bass, acoustic guitar and washboard. Shortly after the show aired, the band posted a video of them performing “Hear My Train” on their YouTube page. Watch it below, and listen to the Folk Fest episode of the WXPN Folk Show in its entirety. For tickets and more information on the festival, visit the Festival website.