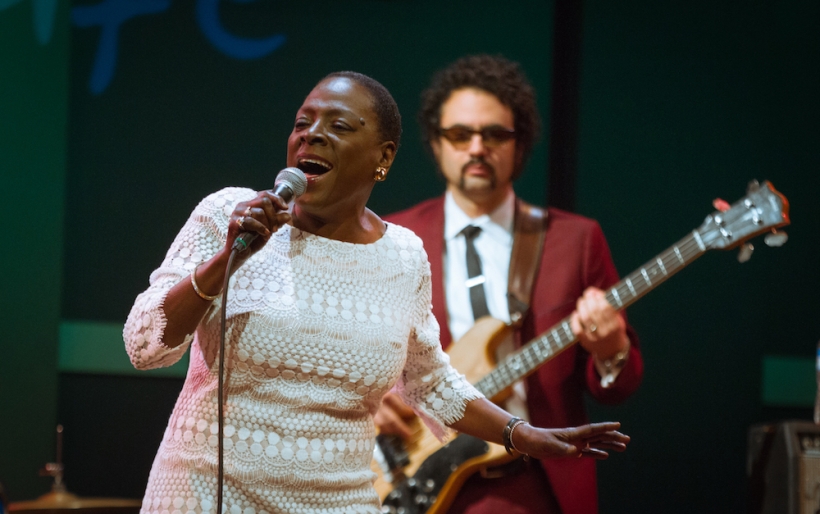 Sharon Jones & The Dap-Kings | Photo by Rich McKie for WXPN

In 2013 the legendary R&B singer was diagnosed with pancreatic cancer, forcing Jones and her Dap-Kings to slow down their soul train. But as the new musical documentary Miss Sharon Jonesshows, even cancer couldn’t stop her from bringing the funk.

Directed by Barbara Kopple, the film follows Jones through her experience with chemotherapy and her triumphant return to the stage.

Miss Sharon Jones makes its Philadelphia premiere tomorrow night, August 12th, at the Ritz at The Bourse theater in Old City; tickets for the screening can be found here. Watch the trailer below and listen back to the band’s 2015 appearance on World Cafe here.