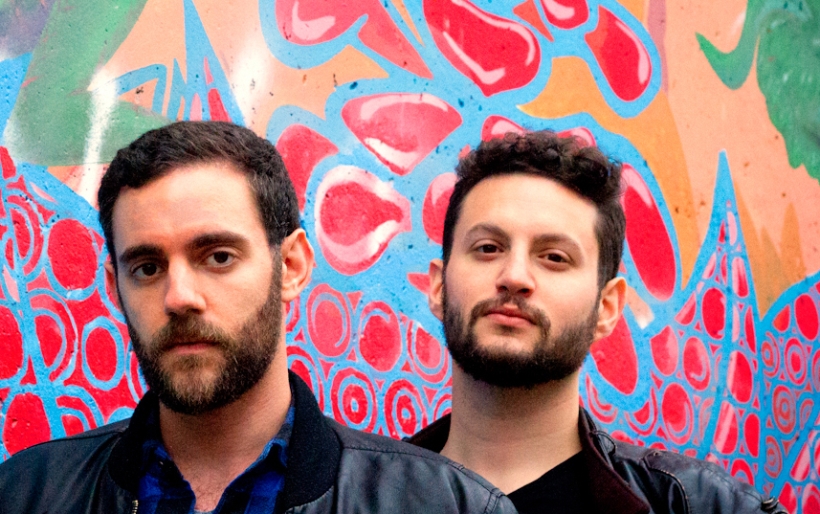 Take a listen to “Closer,” the new song from Nashville-via-Philly band Modern Inventors, and you might think you’re falling victim to some sort of prank. The work of Josh Benus and Matt Kass, the duo began with more of country twinge — just look to this old Key Studio Session for proof. But on this new tune, which features Jack White’s drummer Daru Jones, Modern Inventors are much closer to the psychedelic side of the spectrum. Laced with electronic elements, it’s nearly a complete turnaround for the band. The vocals sit steadily at a high pitch, kind of like what you might expect from Tame Impala. Altogether, the new sound mesmerizes the listener with a dreamy vibe.

In a premiere Wednesday on stereogum, the band gave some insight into the song:

After a relationship ends, it’s natural to feel guarded, and sometimes when you least expect it, you’ll find yourself connecting with another person. Maybe it’s on a subway, or passing each other on the sidewalk, but you remember the feeling; “Closer” is a realization that you might be getting closer to allowing yourself to open up again.

“Closer” couldn’t be further from what we’re used to from Modern Inventors, and that’s fine by us. The change seems signal growth as musicians. Maybe Nashville has inspired a new side of them. Maybe they’re finally getting closer to finding their true sound. Whatever’s the reasoning behind the redefining of Modern Inventors doesn’t matter all that much — because they still sound great. Listen to “Closer” below.