Celebrate 10 years of Johnny Brenda's with Bardo Pond, Frances Quinlan from Hop Along and more 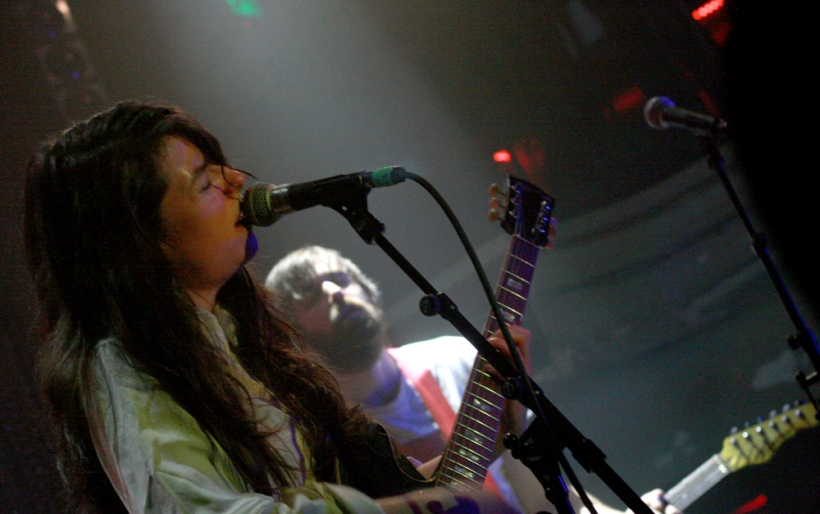 Hop Along | Photo by John Vettese

Celebrate 10 years of Johnny Brenda’s with Bardo Pond, Birds of Maya, Hurry, Frances Quinlan from Hop Along and more

There are definitely times when I love being wrong about things. Like the first time I went to Johnny Brenda’s: in fall of 2006, right after I first began as a volunteer with WXPN. It was a Silversun Pickups show, if you can believe that – Viva Voce opened. The Fishtown pub had recently re-invented itself as a 200-cap venue and, waiting for the show to start, I went to the bar to order a beer.

This was coming off of a half dozen years of living and breathing The Khyber, mind you, so I asked for a Yeungling. “We don’t have Yeungling,” the bartender sniffed. “Um, okay, PBR?” The bartender silently pointed to a chalkboard listing the all-local craft beer menu, which I simply could not wrap my brain around. No PBR? No Yeungling? I grabbed the cheapest thing (something called Kenzinger) and went back to my friends. “Dude, no Yeungling,” I said. “This place is gonna FAIL.”

Oh, young John, you had so much to learn.

Not only did JBs not fail – and thank the gods for that – it’s thrived for the past decade at the corner of Frankford and Girard, weathering rough years in the national music industry and seismic ripples in the local concertgoing landscape. It withstood the opening of the much-heralded and exactly-the-same-size’d Boot and Saddle; both clubs do their respective things in tandem with reliably strong calendars. It’s been dogged by the change in Fishtown and persists in the face of broverflow – though, seriously, if you’re grabbing food after 9 p.m. on a Saturday night, prepare yourself a very different world than it was at the start.

Most importantly, Johnny Brenda’s has been a welcoming home for the Philadelphia music community – the “made it” stage that upstart bands of all stripes aspire to, from Meg Baird to The Bul Bey to Abi Reimold and more. It’s the scene of secret celebrations for big hometown names like The War on Drugs and Kurt Vile; it’s held memorable New Years’ Eve throwdowns with A Sunny Day in Glasgow and Hop Along. And appropriately, to mark its 10 years on the Philly scene, it’s celebrating with two nights of all local music.

On Monday, September 12th, Hop Along frontwoman Frances Quinlan will headline a solo set at JBs – it’s her day job when she’s not on tour, and must feel very much like home to her. And seeing Quinlan solo usually means two things: rad covers (anyone from Built to Spill to La Roux) and new songs. Joining Quinlan are indie rock power pop trio Hurry and Mikey Cantor’s psychedelic pop project The Goodbye Party.

On Tuesday, September 13th, it’s a tripped out night of heavy psychedelphic sounds with the almighty Bardo Pond headlining, ringing in that first decade with the mighty roar of flute and e-bow shamanism. Joining them are the trancey guitar ragers Birds of Maya and the exploratory riffage of Chris Forsyth and the Solar Motel Band.

Tickets for both shows are on sale now here and here. (UPDATE: Word is that even more shows will be announced in the coming weeks. OMG!)

Below, check out music from the artists on the bill, as well as some JBs memories. Here’s to another decade, Brenda’s!