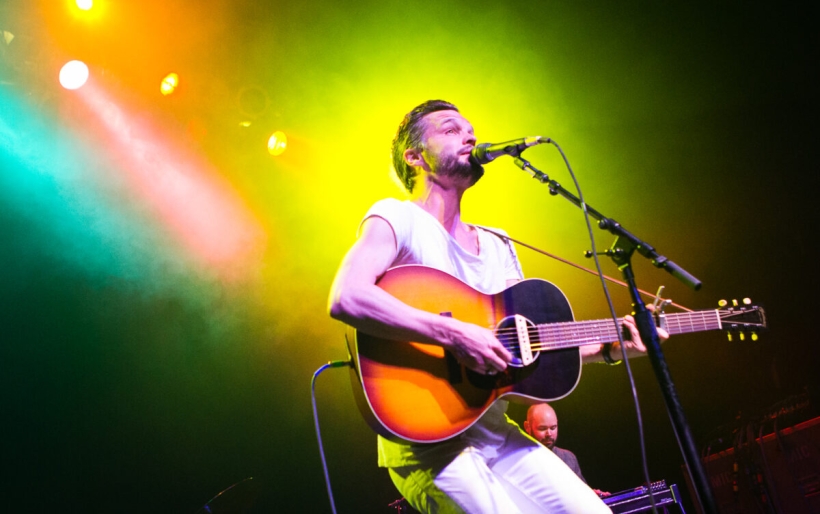 The Tallest Man on Earth | photo by Jeremy Zimmerman | jeremy-zim.com

Drift into dreams with The Tallest Man On Earth’s peaceful new song, “Rivers”

Kristian Matsson, better known as The Tallest Man On Earth, has shared his second song of 2016. “Rivers” follows up “Time Of The Blue,” which was released back in June. The new music is especially a treat considering because Matsson put out his most recent album Dark Bird Is Home just last year. No word yet on whether these new tracks are to stand alone or act as singles for an upcoming album — the former is most likely considering no information on a record has been made public — but it’s never smart to make assumptions. We’ll keep you updated on that front if any news breaks.

As I write this and simultaneously play “Rivers” on repeat, I’m pretty tired. And Matsson’s fluid guitar plucking melts with his sweet voice to almost work as a lullaby. Muted horns and whistling accompany the guitar between vocal sections. Beautiful, relaxing, peaceful, serene — whatever word you prefer could be applied to this song.

After gracing the TLA earlier this summer, The Tallest Man On Earth has no gigs lined up in the area as of now. The Swedish singer-songwriter is simply an XPN fav, and we’d be letting you down if we didn’t put “Rivers” on your radar. Listen to it below.