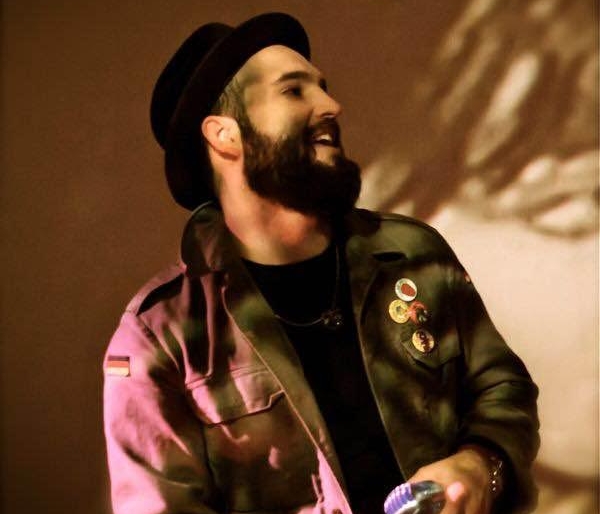 Local rapper / DJ Zilla Rocca loves remixes. He loves listening to them and he loves creating them. In fact, Zilla flexes his remix skills on his latest project Anything I Touch I Bruise Vol. 2, a 16-track effort of reimagined cuts from Curly Castro, PremRock, and more. Talking about the collection on Facebook, Zilla wrote:

To spread the love, Zilla chose his five favorite Philly-related remixes to share with us; read what he has to say below, and download Anything I Touch I Bruise Vol. 2 for free on Bandcamp.

Aside from being a collaborator and certified Solid Rap Homie of mine for almost a decade, Reef the Lost Cauze is beloved in Philly and beyond because he’s the personification on record of what people in Philly relate to about themselves: consistent, hardworking, tough, family oriented, funny, and willing back up his point of view. The remix of “Problems” ﴾both versions produced by Stress﴿ is the complete inverse of the original, a mudhole stomping, bottle chucking banger back in 2008 off the album A Vicious Cycle. I’m an advocate for contrast in rap: hard lyrics over smooth beats or vice versa. The remix of “Problems” is soulful and sunny, adding a smile to the otherwise punishing bars from Reef:

“I don’t rain on the track, I monsoon on it
I don’t talk I move on it
That road ain’t rough, I moonwalk it! ﴾hee hee﴿”

Before he become a decorated lawyer, Tracey Lee ruled the radio in 1997 with his lone hit “The Theme ﴾It’s Party Time﴿”. Tracey was smart enough to enlist Puff Daddy’s #1 Hitmen sharpshooter D‐Dot for production duties on the single and it’s often forgotten remix featuring Pirate, the bastard child of Q‐Tip and Magoo, and the Flipmodian fresh faced firestarter Busta Rhymes. Tracey Lee was competent and charismatic and has secured some new publishing cake from the throwback rap radio format, where “The Theme” is back in rotation. The remix is smoother and could’ve easily been a hit for Mase, 112, or anyone else within sneezing distance of the Bad Boy hit parade, which this beat is in debt to. Tracey Lee also had the rare Biggie guest appearance on “Keep Your Hands High” from his debut LP Many Facez. Sadly, once the Bad Boy sound faded, so did Tray Lee.

“Proceed” was the first single to put The Roots on the map back in 1994 from the classic debut Do You Want More?!?? and the extended twelve inch single contained five versions of the joint. “Proceed 2” featuring Roy Ayers is one of the best videos in the Roots canon, but “Proceed V ﴾Beatminerz Remix﴿” presents an interesting question: what would Black Thought and Malik B sound like if they never met ?uestlove? Released in early 1995, “Proceed V” matches two of the greatest emcees in Philly history with the Beatminerz, fresh off multiple mildew minted classics for Black Moon and Smif‐N‐Wessun from New York’s burgeoning Jansport toting blunt smoking collective Boot Camp Clik. “Proceed V” lacks the upright bass and Rhodes piano but packs enough eerie keys, horn stabs, and drums soaked in fossil fuel to erase any “jam band/jazz rap/open mic at the poetry cafe” labeling the Roots have exploited or eschewed for twenty years.

Philly’s Most Wanted took the formula of Tracey Lee from 1997 ﴾hire the hottest producers available﴿ and doubled down hard, outsourcing The Neptunes, who dominated nearly every format on radio, to produce 10 tracks on their 2001 debut Get Down or Lay Down. “Cross the Border” peaked at #3 on the rap charts and the remix featured two new acts who benefited from the Midas touch of Pharrel Williams and Chad Hugo: The Clipse and Fabolous. “Cross the Border” is an ode to drug mules sprinkled among the usual thug talk of the early 2000’s: expensive whips, gats, and jewelry. Boobonic and Mr. Man were the dollar store versions of Roc‐a‐fella’s ultra‐hot State Property and the remix does little to make them more than buzz lamps for Clipse and Fabolous. But the beat is chunky and sparse, and Pusha T references Rick James and Michael Knight to highlight his dope dealing excellence from the ’80s.

“Open Mic Night Remix” originally dropped in 1999 on The High & Mighty’s Rawkus debut Home Field Advantage. Mr Eon and DJ Mighty Mi were heady enough to reach out to every kind of underground titan back for their debut: Eminem, Mos Def, Jean Grae, Kool Keith, Pharoahe Monch, and more. Produced by Alchemist, this beat today could’ve easily found a home for Action Bronson, Earl Sweatshirt, or Schoolboy Q without batting an eye. “Open Mic Night Remix” was a favorite for hoisting two New York spitters who would pop up plenty on MTV’s “Lyricist Lounge Show” in Wordsworth and Thirstin Howl III. Mr Eon had an interesting voice but usually just got the hell out of the way of his more acclaimed homies. Wordsworth and Thirstin toss around punchlines and overly wordy takedown. Wordsworth: “You can’t write without using ‘like’, what are you some type of Valley Girl?” Thirstin Howl III: “A pleasant plea, Thirstin in parantheses, I heard a mute man mention me to a blind woman on Vescey Street!”