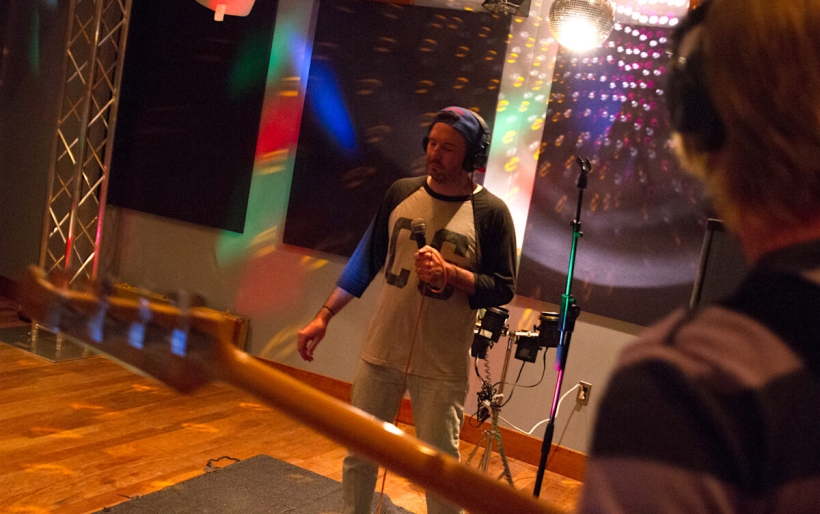 Nothing goes together quite as well as local music and local beer. From Pissed Jeans and Tired Hands to The Menzingers and Neshaminy Creek, and even the not-so-local Wu Tang Clan’s Inspectah Deck and West Philly’s Dock Street, we’ve seen a string of regional acts and/or beer makers collab on some pretty tasty projects recently.

Teaming up with Central PA’s Highway Manor Brewing Co, the latest local band to get their own signature brew is Prowler. The self-described “spaced-out basement boogiers” will be releasing bottles of Funky Prowler (a dry Irish sour stout) and a new EP called Hand Disease on October 8th at Ortlieb’s, and to gear up for the ultra-local party they’ve shared a video of EP cut “The Laughing Song.”

Keeping with the “local” theme, the folks in Prowler tapped their childhood friend and fellow Philadelphia musician Archawah to work his magic on the song, which was originally released as “What Are You Laughing About?” on February’s Trash Bag EP. The organic sound of the original has slide easily into an ultra-slick electronic mask, revved up with hooky synths in the sweet spots and taunting “ha ha has” floating over a killer beat.

Tickets for Prowler’s 21+ beer / EP release with The Fantastic Imagination (who are also releasing a new EP), Hueman Group, and comedian Greg Trout can be found here. Check out the video for “The Laughing Song” remix below (created by McClept).