The Boom Room will celebrate its 5th anniversary with a bang

On Saturday, Oct. 8th, The Boom Room turns five. Since its inception, the recording studio/event space has brought the Fishtown neighborhood together with a variety of performances, exhibitions, and educational workshops, and in commemoration, they’re throwing a birthday party of epic proportions. The event will feature both an outdoor stage and and indoor dance party, with performances from Worldtown Soundsystem, Jae the Artist, The Living Sample, and more. If that isn’t enough, you can also expect to see fire spinning, aerial acrobatics, and (wait for it) complimentary food & beverages. The party will kick off at 3pm and won’t stop until “late af”, so make sure to get a good nap in beforehand.

For more information and a full lineup, check out The Boom Room’s website. You’d be hard-pressed to find a free event that sounds like this much fun, so do yourself a favor and mark your calendar. For an idea of what to expect, check out some footage from their third anniversary below. 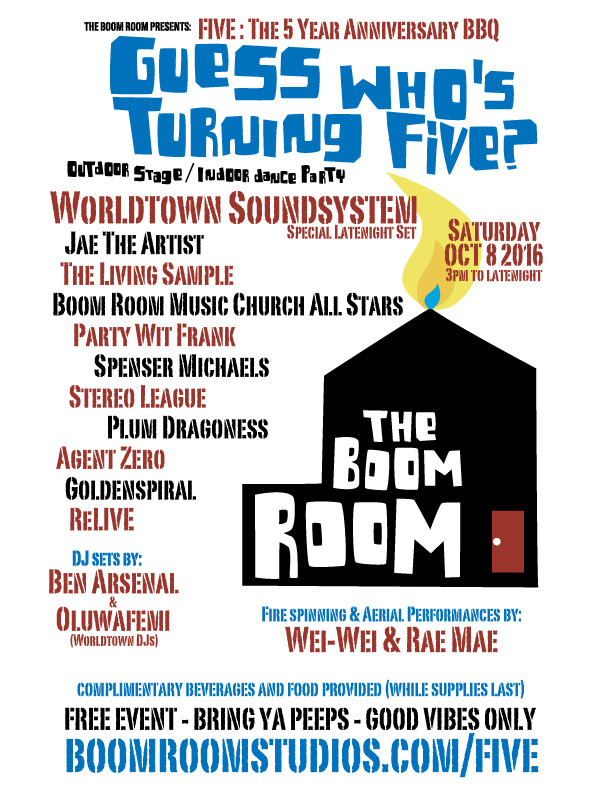