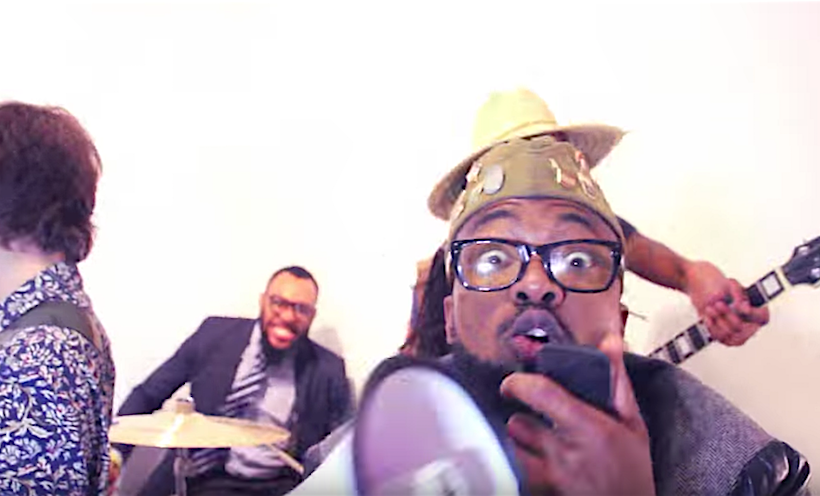 Philly rock four-piece Johnny Popcorn has a massive reserve of energy. We saw it when they recorded their Key Studio Session, we heard it when they started rolling out songs from their new album Totem Pole. And now, thanks to a frenetic visual for the song “Coming Home” from the new record, we can see it clearly. Or maybe not so clearly.

Directed by Embassy 730, the song sets the band up in a white room with high-key spotlights shining on them. The beat of the Chuck Treece produced track is swift, and the band is in constant motion accordingly, a blur of bodies falling into and out of and all over the frame, frontman Hezekiah Davis jumping into the center as often as possible, his trademark megaphone gripped in hand, hollering the vocals like a crazed drill sergeant.

Check out the video below. Totem Pole came out last Friday, September 30th, and is available at Bandcamp.