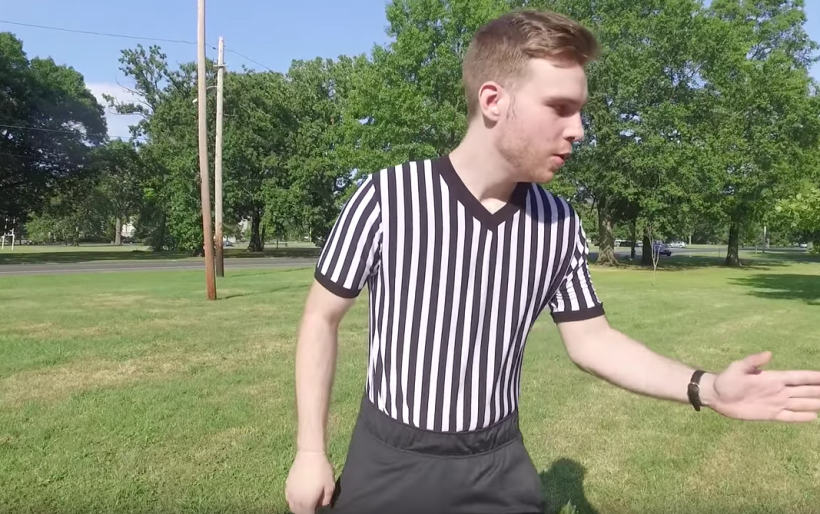 This past April, Philly-based rapper Voss released his debut LP, Insatiable. The album features a lot of serious, touching moments, but now Voss is showing off his comedic side in the brand new video for “CSN” (Can’t Stop Now). Who knew eating hot dogs competitively could be so dramatic?

Well, Voss, that’s who. Throughout the Planetary P Films directed visual, we follow a guy who trains vigorously for the big day as he hits the gym and relentlessly taunts his opponent. All the while, he makes references to the hip-hop zeitgeist by tip-toeing in his Jordans on the treadmill and hitting the dab in between sets. He may not come out on top when all is said and done, but that’s okay, because the real winner is you, the person watching the video.

Check out the clip below – the MC himself appears briefly as a referee overseeing the culinary proceedings – and when you’re done, click here to stream Voss’ recent live session with The Key. If you want to see him rap and maybe (probably not) eat hot dogs in person, you can catch him live at Bourban and Branch this Friday, October 14th.