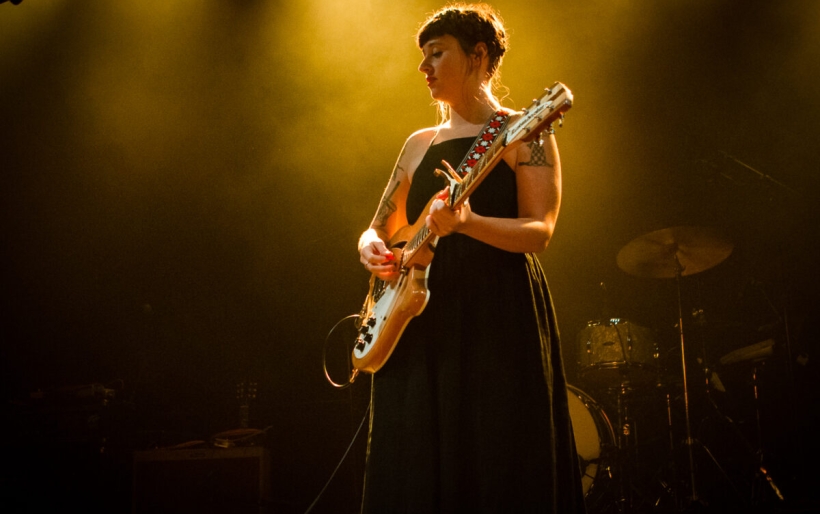 Waxahatchee joins a bunch of great artists on Say Yes!: A Tribute to Elliott Smith, contributing a version of “Angeles” to the compilation in honor of the revered late singer/songwriter.

Katie Crutchfield translates the stripped down, finger-picked original into a electric cover that is deep and guttural. Sitting on the opposite end of the haunting spectrum, the guitar marches slowly forward as Crutchfield’s vocals echo through the dark atmosphere.

Listen to Waxahatchee’s version below, followed by a clip of Smith performing it live in Olympia, WA in 1999.