Japanese Breakfast and Eskimeaux will team up for a tour starting this fall (and I couldn’t be more excited).

So far their are only five announced tour dates that will begin on December 14th and end on the 18th with a show on the 15th in Philly in the side chapel of the First Unitarian Church.

Philly just can’t get enough of Japanese Breakfast. The project of singer / guitarist / songwriter Michelle Zauner released its first full length album Psychopomp via Yellow K Records back in April. In the time since, the band toured with Mitski and hit us with video after video — all of which received glowing reviews from the likes of Rolling Stone and NPR.

Japanese Breakfast’s tourmate Eskimeaux also has a penchant for low-key melancholic pop. The project of Gabrielle Smith most recently released Year of the Rabbit, an LP carried by soaring melodies and raw emotion. To get a better feel for her music, check out the video for “Broken Neck” from her 2015 album O.K. Lyrics like “You were breaking your neck trying to keep your head up / I was breaking my neck just to stick it out for you” epitomize the Smith’s multi-layered and introspective approach to Eskimeaux.

Keep an eye out for more information about the tour by checking out the Facebook pages of Eskimeaux and/or Japanese Breakfast. Meanwhile, check out Year of The Rabbit and Psychopomp below. 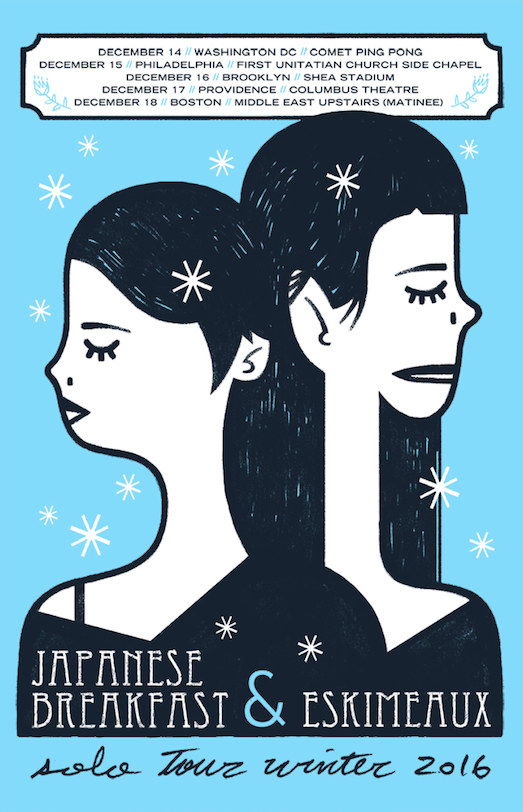