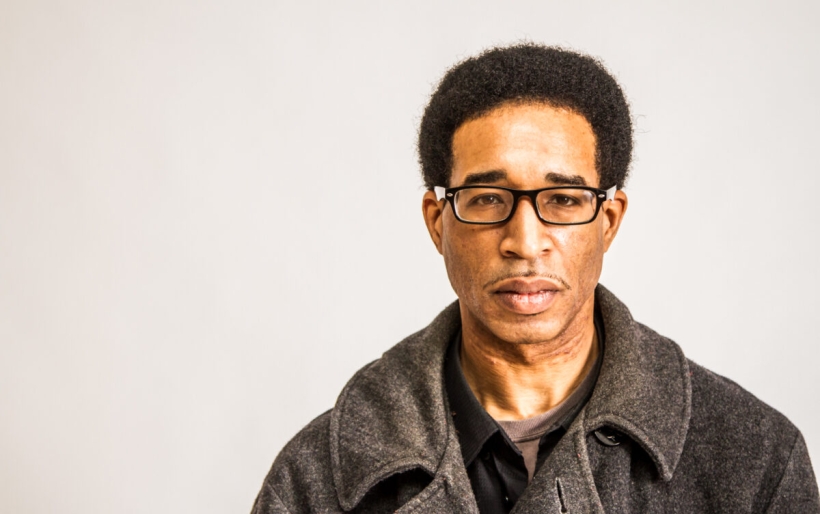 This Monday, Johnny Brenda’s will host a show that’s become a standing Philly tradition: a spaced-out afrofuturistic psychedelic New-Orleans-style big band-tastic freaky Halloween celebration courtesy the Sun Ra Arkestra. The show is an outright spectacle as they try to find room not only for all the many Arkestra members, on the precious real estate of the Brenda’s stage, but for all the swinging horns as well.

For this installment of High Key we caught up with Dave Davis, who’s blown a trombone with the Arkestra for over twenty years, and who never misses a gig. Davis is decidedly soft-spoken and understated, and as he spins tale after tale about his history and career among Philly arts giants you lean in, and hang on his words. He’s engaging, charming, the personified illustration of the benefits of pursuing your dreams and following your heart, and he has this wide-eyed-kid-from-Kansas exuberance about having lived in and loved Philly that, for him, makes even the advantage of big city public transit something to be excited about without a trace of irony. With a slow, easy smile, Davis manages to share that infectious, refreshing exuberance so relatably, both in his words and in his music.

Philly’s beloved Arkestra suffered the passing of its founder in 1993, but the now 92-year-old maestro and director Marshall Allen hasn’t lost a step yet in keeping up the traditions, from international stages to regularly local engagements all over the city as well, from the Art Museum’s “Art After 5” Program to local jazz festivals to favorite Philly clubs like Brenda’s. Although this holiday’s event at is already sold out, as always, opportunities to catch them live in Philly abound, as the band continue to be as prolific and active on the touring circuit as ever.

To this day, the Arkestra still convenes for rehearsals at Sun Ra’s West Philly home, and when asked about the latest horizons, Davis notes at the wealth of the untapped archives that the band is still combing through and bringing to life. “He has a stack of music that’s never been played,” says Davis of the late composer and bandleader Sun Ra. “He wrote a tune everyday for The Creator. He has a lotta tunes that he recorded on tapes, so we’re constantly playing new Sun Ra music.” The Key: Where are you from originally?

TK: What brought you to Philly?

DD: I wanted to come to Philadelphia. I went to come go to Temple. This was ‘91.

TK: How did you first get involved with the Philly arts scene?

DD: I went through a major bout of depression. I had a problem at home, so I decided that I really didn’t wanna go to school, I need to do what I wanna do. So I quit school and bought a horn, and moved into a room, and practiced. So then I went to Natalie’s — a jam session — and did terrible. So it was a drummer who saw me and told me that there was another band — the Frank Jackson Orchestra — that they would help me and work with me. So he gave me the address, and I went to this other big band here in Philadelphia, and he let me play in his band. And in his band the other trombone player was Tyrone Hill, who’s the trombone player in the Sun Ra Arkestra, but I had never heard them, I didn’t know anything about the Arkestra. But yeah I got to the arts scene through Frank Jackson.

TK: So Tyrone Hill turned you on to the Sun Ra crew?

DD: Well, no, I just met him. But I met some other musicians — there was a jazz festival here, the PECO Jazz Festival, so I went to go see the Clef Club big band, and then I stayed after they left, and that’s when the Sun Ra Arkestra came on, which was my first time seeing them. And when I saw them it, you know, blew my mind. So I remembered Tyrone Hill played there, so I went to the house, and told them I just wanted to take lessons  with ‘em, just hopin’ I could come to rehearsal and hang out with the guys. And — I don’t know if I should say this — I was taking lessons with Tyone for about a month, and one day [Marshall Allen] came down and saw me and Tyrone smokin’ a joint, and he got really angry, ‘cause he said that, you’re supposed to be teaching your student here, you’re not supposed to be doing this.. So he told me, from now on, you come to rehearsals, rehearse with us.

TK: So that was your punishment for getting caught smoking a joint, was that you had to rehearse with the Sun Ra Arkestra?

DD: [smiles] yeah.. And for about two years, he wouldn’t let me play, you know, he said I wasn’t ready to play in the band yet. So they did a gig in New York, so I told Marshall I wanted to tour as his valet, [but] I took my horn. You know he was like in his 80’s at the time, you know screaming at people backstage. He told me I couldn’t play, earlier that day, and [later] he looked at me and he told me, ‘and look at you, you aren’t even dressed and ready to play. This is what I’m talkin’ about!’ So then I put on a uniform, and went on out there. And that’s how I started playin’ with them. DD: It was a small gig at the Veteran’s Hospital, with the Frank Jackson Orchestra, and it was really exciting. It was like I was in a movie. It was inside — they had like a little stage. And it was like looking at myself in a movie. ‘Cause, you know, I liked Duke Ellington, and I liked big bands. And it happened so fast — ‘cause usually it takes time, go to school. And for me it was about six months later..

TK: ..after you bought an instrument, you mean?

TK: And you didn’t have any music training before that?

TK: I know that you’re strongly influenced by vintage jazz greats like Coltrane and Ellington — why did you ultimately decide to play the trombone?

DD: Well in high school it was the only instrument they had left. And then when I got here, it was the cheapest horn that they had that I had money for!

TK: What’s your favorite venue to play in Philly?

DD: I think the Jazz Festivals, like the West Oak Lane Festival… But is that a venue? I guess Johnny Brenda’s.

TK: What’s your favorite part, thinking back on your 25 years in Philly, about the Philly arts scene?

DD: A lotta scenes, it’s usually a young scene. When you go to a lotta places, it’s all about the youngsters. But here in Philadelphia, you can have young and old, it’s not just one particular type of group as far as the arts scene. It’s all-inclusive. I mean you have cliques, but even these cliques are all-inclusive from the arts scene. So it’s really amazing. Does that make sense? TK: What if anything do you find most frustrating about it?

DD: It’s not about.. I’m not about money. But a lotta places, they know that there artists love to perform or love to do their art, so they’ll use their love instead of compensating them, you know, instead of paying them. So it’s hard to make any money.

DD: Yeah. So it’s really hard for people to make a living. And that’s all across the board.

TK: What’s your preferred means for getting around the city?

DD: SEPTA. It’s fast. Anyplace in the city you wanna get to, you can get to. Where I’m from in Kansas, you went downtown maybe like once a week. But here, you can go back and forth downtown several times, several times. It’s fast.

TK: In your time living here, how have you seen the city change, and has it been for the better or worse?

DD: For me, I think it’s getting better and better. When you look downtown, for a long time there was a lotta construction work. But now you can see the new buildings, and to me, the city’s growing. The downtown is growing.

TK: Better than home in Kansas?

DD: I love it, much better. 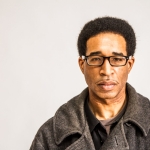 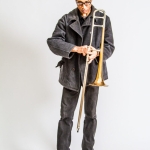 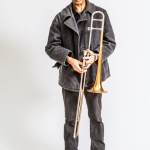 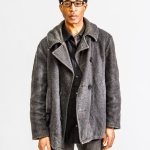 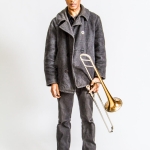 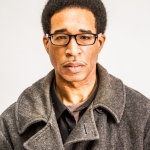 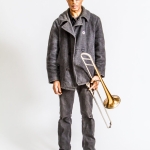 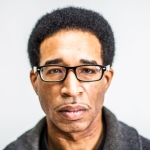 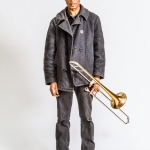 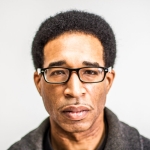