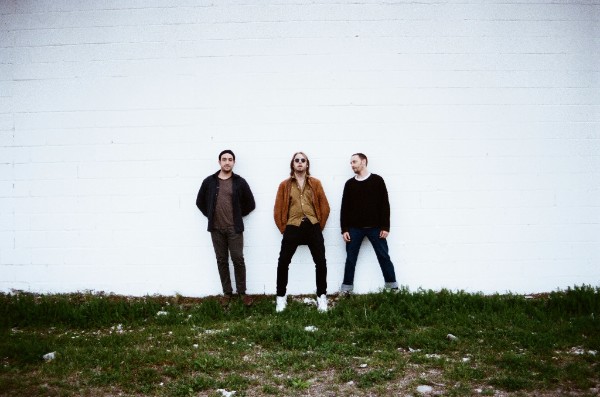 A lesson in DIY with Nashville’s Natural Child

Natural Child printed a fresh batch of merchandise in September for a string of West coast tour dates. They were prepared with t-shirts, patches, buttons – what’s typically found on a merch table at a rock show. However, after only a few nights on the road, the country-leaning punk band was out of almost everything. Luckily they have some friends in high places.

“We hit up Burger [Records] and asked them if they knew anyone that could print stuff in like 24 hours,” guitarist and singer Seth Murray says over the phone from his Nashville home. “They were able to find someone quickly and they hooked it up. They’re the best dudes and would do a favor for anybody.”

Burger Records had put out a good chunk of Natural Child’s full-length releases with many of their seven-inch singles and cassettes dispersed throughout Jeffery Drag’s and Infinity Cat’s catalogs as well. Interestingly enough, their latest LP Okey Dokey, was self-released by the band.

The decision to go it alone this time around was a conscious one that had been on their mind for a while. In fact, Murray says putting out an album on their own has been a long-term goal of Natural Child since the band started eight years ago. But with every new endeavor comes growing pains. And the newly established Natural Child Records and Tapes found this out fast.

“There’s definitely a learning curve,” Murray says. “We had to figure out where to get records pressed and all that. Then we looked at manufacturing costs and were like, ‘Oh, my God, who is going to pay for this?’ Then we had to find out own PR. It wasn’t difficult, but a lot of times when you work with a label it’s like, ‘Why does it take so long? We signed this in April and now it’s September and it’s still not out.’ We ended up doing a lot of things ourselves and everything takes longer than you’d imagine.”

The Nashville four-piece hardly missed a beat when it came time to finally arrange distribution by getting in touch with local businesses they’ve known for a while. Even so, Murray was caught a little off guard — but in a good way — by how orders were being handled by those they’d employed while out west.

“I kept going into all these record stores and being like, ‘What the fuck, where are all our records? Why does no one have our records we just spent so much time and effort preparing?’” he says of talking to record store clerks. “Then they’d just be like would be like, ‘Oh, yeah, we’re all sold out. We just ordered some more.’”

That time and effort goes as far back as January 2015 when they began recording Okey Dokey, while some of the songs were actually written before that. And it may show a little bit as the album has just as much tongue-in-cheek charm as prior Natural Child albums. But it’s just subtle enough by way of songs like “Self-Centered Blues,” because isn’t having “the blues” in any way a bit self-centered? As far as “NSA Blues,” which makes blatant bathroom and masturbation jokes, well, it’s less subtle. But without paying attention to the lyrics line by line, more of a loose stoner rock jam than anything else.

The loose jam element to Okey Dokey comes from their studio sessions for the album. Murray says they usually record all their practices and some were revisited for this album in particular. These sessions were not only a bit more off the cuff than prior albums, but more being informed by their friend Cooper Crain who produced, recorded and mixed the album, but also by other things.

“We took acid in the studio,” Murray says. “Some of this album comes from when we were really just feeling it, some of it was just spontaneous. I think on the song ‘Okey Dokey’ you can hear Cooper run into the studio to start recording when we were doing something cool. And just like that that’s how it went. It was the best recording experience we’ve ever had.”

Their improvised moments don’t feel staged or that they’re imitating any other acts. Natural Child excels on spaced out moments on the title track and the album’s closer, “It’s a Shame My Store Isn’t Open.” The song “Benny’s Here” takes a hand from the Rolling Stones’ “Can’t You Hear Me Knocking,” with keyboardist Benny Divine taking center stage.

All things considered, Natural Child didn’t run into too many hiccups on their way to release Okey Dokey. And Murray feels at a bit of an advantage as to how it is for them starting their band’s own record label.

“When you run a label with only your own band on it, it’s really not a lot of pressure,” he laughs.

Natural Child play Everybody Hits on November 12th with Savoy Motel. Tickets and more information on the show can be found here.